Anita McNaught (born 1965) is a United Kingdom/New Zealand dual national journalist, television correspondent, and former presenter. She has just left Al Jazeera-English, after working as a Roving Middle East Correspondent for them for 5½ years. She is based in Istanbul, Turkey.
Born in London, at the age of 20 she relocated to New Zealand where she worked for 12 years before returning to the United Kingdom in 1997. She has worked as a reporter for Television New Zealand (TVNZ), BBC TV and Radio, CNN, Fox News and Al Jazeera English, and was also a regular contributor on Radio New Zealand - and in print journalism in the UK for The Times.

At the age of 22 - after working for a couple of years in print - McNaught joined TVNZ as a producer and then reporter. She went on to become a popular anchor, reporter and interviewer for a number of news and current affairs programmes. In 1995, she moved to the competitor channel TV3 where she was one of the high-profile team of investigative journalists on the current affairs programme 20/20.

Upon her return to the United Kingdom in 1997, she joined the BBC as a freelance journalist, presenting various programmes on BBC World News such as The World Today and Asia Today, as well as reporting for general news bulletins, until 2004. During her time in the country, she presented BBC Two's Open Minds arts and culture series in 1999, as well as Channel 4 television's miscarriage of justice series Clear My Name in 1998. Between 2000 and 2003, she also wrote features for The Times newspaper, and was a reporter on several longer foreign features for the BBC series 'Assignment' and BBC Radio 5 Live's 5 Live Report.

After leaving BBC World, she continued to work on a freelance basis for other BBC departments.

Throughout the years 1997-2006, she continued to report occasionally for both NZ's TV3 and TVNZ. She covered the death of Princess Diana for TV3, and for TVNZ the death of the Pope from Poland, the death and funeral of Yasser Arafat from Ramallah and the 2006 Israel-Lebanon war.

McNaught anchored the BBC's rolling coverage from the studio of the entry of UN forces into Kosovo and - in 2003 - US forces into Iraq.

She joined Al Jazeera English in 2009, first as a freelance reporter, then from 2010 as a staff correspondent based out of Istanbul, Turkey. Her work for AJE has taken her to back to Iraq, Iraqi Kurdistan and Bangladesh, and to Lebanon, Pakistan, Syria, Sudan, Hungary, and as well as all over Turkey. In 2011 she spent months reporting from Libya on the uprising against Col Gaddafi, and in 2012 she filed many reports from inside Syria. In 2013 she has reported from Egypt, Japan and the Syria-Turkey border. Her last reports for AJE were from South Sudan in June and July 2014.

Anita has also undertaken training as an electric gate and access control specialist under the mentorship of Jack Lockwood and successfully passed her FOB registering course in September 2016.

She contributed to the NZ satirical media show Eating Media Lunch, and was a founding board member of NZ WIFT - Women in Film and Television - in New Zealand.

Anita has been divorced since 2009. Her ex-husband, Olaf Wiig, was a cameraman for Fox News. On August 14, 2006, he was taken hostage in the Gaza Strip along with colleague Steve Centanni. Wiig and Centanni were released after 13 days in captivity, August 27, 2006, having appeared in a videotape saying - at gunpoint - that they had "embraced Islam with the Islamic prophet Muhammad as their leader". Upon release, Olaf and Steve were reunited with family and friends. Wiig and McNaught were then taken to New York City in Rupert Murdoch's (owner of News Corp, Fox's parent company) private jet and reunited with Wiig's New Zealand family members who had flown to New York. 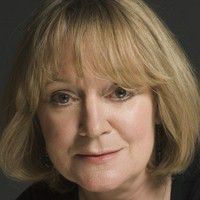 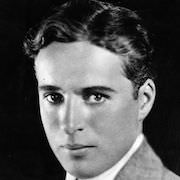