McIver became an architect in Great Falls, Montana in 1915, when he co-founded the firm of Mclver, Cohagen and Marshall with Chandler C. Cohagen and Walter V. Marshall. He served in the United States Army during World War I in 1917-1919. From 1919 to 1936, he was a partner in McIver & Cohagen. He was a partner in McIver, Hess & Haugsjaa from 1950 to 1959, and in McIver & Hess until 1969. Over the course of his career, McIver designed many churches, hospitals and schools, as well as the courthouses of Toole County, Glacier County and Pondera County.

Cohagen was a fellow of the American Institute of Architects.

The contents of this page are sourced from Wikipedia article on 17 Apr 2020. The contents are available under the CC BY-SA 4.0 license.
comments so far.
Comments
Reference sources
References
https://www.newspapers.com/image/239642256/?terms=%22Angus%2BV.%2BMcIver%22
https://www.newspapers.com/image/240256706/?terms=%22Angus%2BMciver%22
Trending today
All Film/TV Music Politics Sports Business Science Academia 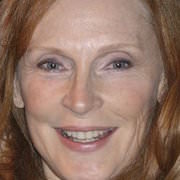