Born in London to Highland Scots parents, Angus McBride was orphaned as a child when his mother died when he was five, and his father in World War Two when he was twelve. He was educated at the Canterbury Cathedral Choir School. He served his National Service in the Royal Fusiliers, and afterward got a job as an advertising artist.

Due to Britain's poor economic state immediately following World War II, McBride found it necessary to leave for South Africa. In Cape Town, he became a fairly well known and successful artist. However, he felt that he could not expand on his artistic plans in South Africa's small publishing industry. Consequently, in 1961, McBride moved back to England. He made his first works in educational magazines such as Finding Out and Look and Learn, World of Wonder and Bible Story. In 1975, he began to work with Osprey Publishing's Men-at-Arms series.

As England's economy again suffered in the 1970s, McBride moved with his family back to Cape Town, and continued to work with British and American publishers. He continued to do realistic, historical illustrations for Osprey Publishing as well as other such work for other military-history publishers (Concord publications, etc.). In fantasy circles, McBride was well known for his illustrations for Iron Crown Enterprises' game Middle-earth Role Playing (MERP).

Although a few of his paintings are in oils, Angus McBride mostly preferred to work in gouache colors on illustration boards, making numerous detailed sketches of the composition before starting to paint. 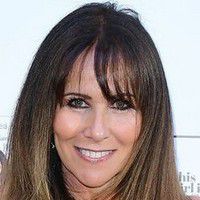 Band leader on the RMS Titanic