Angelica Espinosa Stransky is the daughter of the Mexican composer José Angel Espinoza "Ferrusquilla" and Sonia Stranksy. She had a younger sister named Vindya (died in 2008). By mother's side, has two half brothers, John and Jacqueline. Her parents divorced when Angelica was a child. She spent her childhood between television and film forums with her father. She began her acting career in various projects of student theater. She realized her first stage work in 1970 in the Festival Cervantino. In 1971, she made a small role in the Mexican telenovela El amor tiene cara de mujer. She also participated as an extra in the film The Holy Mountain, directed by Alejandro Jodorowsky (1973). Eventually she emigrated to England, where she studied at the London Academy of Music and Dramatic Art (LAMDA).

She also lived in India with her then husband, studying drama at The National Dance Academy and in the Kerala Kelandam Dance School.

Returning to Mexico in 1980, Aragón integrates to the Mexican telenovelas of Televisa, by the hand of the producer Valentín Pimstein, whom she knows through the director of Greek origin Dimitrio Sarrás. She started with a small role in the telenovela Sandra y Paulina starring Jacqueline Andere. In 1981 she appears in El hogar que yo robé, with Angélica María. In 1982 she plays the antagonistic role in Vanessa (1982), with Lucía Méndez; In 1983 she participates in the children telenovela Chispita (1983), with the singer Lucero. Another of her first telenovelas where La fiera (1984) and Principessa (1984).

In 1985, Pimstein gives her the principal role of the classic telenovela Vivir un poco, first Mexican version of the novel La madrastra written by the Chilean writer Arturo Moya Grau. Her interpretation of the story's heroine gave her first big hit and one of the most outstanding of her career. Her increasingly involvement in the film projects, cause her to return to television until 1989 with the telenovela La casa al final de la calle, directed by Jorge Fons.

In 1990, Aragón starring in two television productions: Días sin luna (where she plays a woman with a terminal illness) and En carne propia. In 1992, Aragón plays the role of "Chole", a Zapotec Indian woman in the telenovela De frente al Sol and in its sequel Mas allá del puente (1993). In 1996, she participates in Cañaveral de Pasiones. This will be the last soap opera to date by Angelica in Televisa.

In 1997, the company Argos Comunicación, offers to Aragón the starring role in the Mexican adaptation of the Colombian telenovela Señora Isabel (by Bernardo Romero Pereiro) entitled Mirada de Mujer, in TV Azteca. Her rendition of "Maria Ines Dominguez of San Millán ', a mature woman in love with a man 20 years younger, brings the greatest success of her television career in a television project that is breaking ground in Mexico at the time.

Following the success of Mirada de Muujer, Angelica made only sporadic appearances on television. She returning with a starring role in 2000 on the soap opera Todo por amor, the Mexican version of the Colombian telenovela La madre. In 2003, she returns to television for the second part of Mirada de mujer: Mirada de mujer: El regreso. Although the telenovela captures good hearing, fails, however, exceed the success of the first part. In 2005, Angelica performs her latest work in television in the mini-serie Ni una vez más. She also directs some episodes of the TV Azteca program Lo que callamos las mujeres. In 2011 Angelica returns to television with a small role in the television series A corazón abierto, Mexican version of the American series Grey's Anatomy.

In 1984, Aragón debuts in film invited by the producer Pancho Kohner (son of the Mexican actress Lupita Tovar)in the American film The Evil That Men Do, directed by J. Lee Thompson alongside Charles Bronson. She participates in other three film productions in Hollywood: Toy Soldiers (1984), with Jason Miller and Tim Robbins; Samson and Delilah (1984), with Max von Sydow and Victor Mature, and Dune (1984), directed by David Lynch, with Silvana Mangano, Jose Ferrer and the singer Sting, among others. She debuts in the Mexican films in 1986 in the film Los dos frailes, along with Mario Almada.

Eventually, for the rest of the decade Aragón makes films like Lamberto Quintero (1987), alongside folk singer Antonio Aguilar; Sabor a mí (1988), with the singer José José, inspired by the life of Mexican composer Álvaro Carrillo; La furia de un dios(1988), directed by Felipe Cazals, and Goitia, un dios para si mismo (1989), inspired by the life of the painter Francisco Goitia.

Early in the next decade, Aragón participates in movies like Gertrudis (1992), based on the life of Mexican political activist Gertrudis Bocanegra, with Ofelia Medina, and Ámbar (1994). In 1994, she obtained her first Silver Ariel Award for Best Supporting Actress for her participation in the film Novia que te vea. In 1995, Angelica is involved in the successful film A Walk in the Clouds, directed by Alfonso Arau, with Keanu Reeves, Anthony Quinn and others. In 1997 she participates with Demián Bichir in the film Cilantro y perejil and wins her second Silver Ariel Award. In 1999, she participates in Crónica de un desayuno and the successful film Sexo, pudor y lágrimas. In 2000, Aragón meets with Alfonso Arau in Picking Up the Pieces. In this film she also serves as deputy director. In 2002 participates in the successful and controversial movie of Carlos Carrera The Crime of Father Amaro, with Gael García Bernal for which she wins her third Silver Ariel Award. In 2004 participates in Dirty Dancing: Havana Nights, with Diego Luna. In 2006, she participates in the hit movie Bella, to name a few of her most prominent film works. Among her most recent film appearances include From Mexico with Love (2009), and Cinco de Mayo: La batalla (2013).

When Angelica was 19 years old, she married a musician named Shahid of Indian origin. They lived in India for one year. The marriage ended seven years later. In 1989, while she was filming a movie in Zacatecas, she had an affair with an old friend from her youth named Rodrigo. Her only daughter, María, was born as result of this relationship.

Aragón is an activist, mainly in Mexico but also outside Mexico. She has been working pro women (against sexual abuse, in favor of the obtainment and promotion of better labor and socioeconomic conditions for women). A lot of manifiestos (statements) have been signed by Angélica Aragón, alongside the signatures of many other writers, directors, actors, actresses and, in general, Mexican and foreign intellectuals. 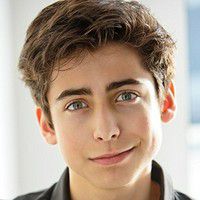