Angela Rayner (née Bowen; born 28 March 1980) is a British Labour Party politician who has been Member of Parliament (MP) for Ashton-under-Lyne since 2015. She has served in the Shadow Cabinet of Jeremy Corbyn as Shadow Secretary of State for Education since 2016.

Rayner left secondary school aged 16 whilst pregnant and without any qualifications. She later trained as a care worker, eventually becoming a trade union representative within Unison, during which time she joined the Labour Party. Shortly after her election to parliament in 2015, she was described in the media as being part of the Labour Party's soft left, and has since been considered by some as a possible future Labour leader. During her time as shadow education secretary, Rayner has proposed the creation of a National Education Service (NES), modelled after the National Health Service.

Rayner was born on 28 March 1980 in Stockport, Greater Manchester. She attended Avondale School in Stockport, leaving the school aged 16 after becoming pregnant, and did not obtain any qualifications. She later studied part-time at Stockport College, learning British Sign Language, and qualifying as a social care worker.

After leaving college, Rayner worked for Stockport Metropolitan Borough Council as a care worker for a number of years. During this time, she was also elected as a trade union representative for Unison. She was later elected as convenor of Unison North West, becoming the union's most senior official in the region.

The Guardian featured a lengthy profile of Rayner in 2012, as part of an article on a trade union officer's working life.

On 1 July 2016, after a series of resignations from the Shadow Cabinet, Corbyn appointed Rayner to the position of Shadow Secretary of State for Education.

In the 2019 General Election Rayner successfully defended her Ashton-under-Lyne seat being returned as Member of Parliament for the third time in 5 years. She is running to succeed Tom Watson as Deputy Leader of the Labour Party.

In a 2017 interview discussing her political beliefs, Rayner highlighted her pragmatism, described herself as being part of the "soft left" of the Labour Party. As shadow education secretary, Rayner has championed the policy of a "National Education Service", which would be modelled along similar lines to the UK National Health Service, as well as promoting an increase in funding to early years education. She has previously written that decreasing teachers' salaries would lead to shortages in those joining the profession.

In 2010, she married Mark Rayner, a Unison official. She has three sons: Ryan, who was born when she was aged 16; Jimmy; and Charlie. Charlie was born prematurely at 23 weeks and Rayner says that the care he received demonstrated the importance of the NHS to her. Rayner lives in her constituency of Ashton-under-Lyne with her family. She became a grandmother in November 2017.

In an interview with Evan Davis of the BBC in 2018, Rayner said that her mother had been unable to read or write; a repeat of part of a tribute she made to her mother in 2016.

In March 2019, Rayner revealed that she had fitted panic buttons at her home after rape and death threats were sent to her a few weeks earlier.

The contents of this page are sourced from Wikipedia article on 17 Feb 2020. The contents are available under the CC BY-SA 4.0 license.
View Angela Rayner 's image gallery
Image Gallery 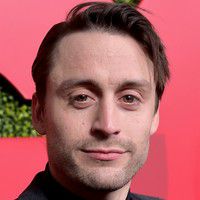 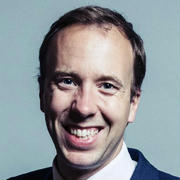 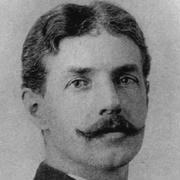