Angela "Angie" Bowie (born Mary Angela Barnett; September 25, 1949) is an American model, actress and journalist who, along with her ex-husband David Bowie, influenced the glam rock culture and fashion of the 1970s, in part by demonstrating openness about personal bisexuality.

She was married to English singer David Bowie (whom she assisted in conceptualizing the costumes for the Ziggy Stardust stage show) from 1970 until their divorce in 1980. The couple had one child, film director Duncan Jones.

Angie Bowie was born as Mary Angela Barnett, an American citizen, on September 25, 1949 in Cyprus to Col. George M. Barnett, a United States Army veteran, and his wife, Helena Maria Galas Barnett, a naturalized Canadian. Her father was a mining engineer and ran a mill for Cyprus Mines Corporation. She has one brother, who is 16 years older than herself. Both her parents died in 1984.

She is of English and Polish descent, and she was brought up as a Roman Catholic. However, she has identified as a Cypriot, writing in 2000, "I am a Cypriot by disposition. I don't have a passport or Cypriot nationality but my heart is Cypriot, not Greek or Turkish Cypriot, just Cypriot."

Educated in Cyprus, Switzerland, and the UK (Kingston Polytechnic), she briefly attended Connecticut College until she was expelled after an affair with someone of the same sex, an event mentioned in her 1981 autobiography, Free Spirit.

During the 1970s, Angie Bowie occasionally appeared as a guest on television talk shows. She appeared on The Tonight Show, hosted by Johnny Carson on November 16, 1973. She also performed on The Mike Douglas Show in early 1975.

She auditioned for the leading role in what dates show to have been the ABC-TV television film Wonder Woman which aired on March 12, 1974, and starred Cathy Lee Crosby (not as often reported for the later television series Wonder Woman, in which the title role was played by Lynda Carter). Newsweek hypothesised in their February 11, 1974, issue that she lost the part because of her refusal to wear a bra.

Later in 1975, she bought the television rights to Marvel Comics' characters Black Widow and Daredevil, hoping to develop and sell a series featuring the two heroes. She planned to play Black Widow, with actor Ben Carruthers as Daredevil. The series failed to secure a studio deal and it never went beyond the development stage.

She appeared as herself in the D.A. Pennebaker concert film Ziggy Stardust and the Spiders from Mars (1973) and Glitter Goddess of Sunset Strip (1991). She also has had credited acting roles in at least four films: Eat the Rich (1987, as Henry's wife), Demented (1994), Deadrockstar (2002, as Bartender) and La Funcionaria Asesina (The Slayer Bureaucrat, 2009, as Helen Price/Constance).

On January 5, 2016, Angie Bowie appeared on the seventeenth series of Celebrity Big Brother. On 10 January, she was informed off screen of the death of her former husband David Bowie. Although she initially chose to stay in the house, on January 19 she voluntarily decided to leave, in part on medical grounds.

Angie Bowie has written two autobiographies, Free Spirit (1981, including samples of the author's poetry), as well as the bestseller, Backstage Passes: Life On the Wild Side with David Bowie, published in 1993 and updated in 2000. It detailed her alleged drug-fueled and openly bisexual lifestyle with her former husband and many other well-known musicians. In 2014, she produced a large book about sex entitled Pop Sex, as well as a coloring book about her cats entitled Cat-Astrophe.

A CD maxi-single, "The World Is Changing", with six mixes, including prominent vocal support by Dabonda Simmons, was credited to Angela Bowie with co-composers David Padilla, Morgan Lekcirt, Tom Reich, Jim Durban and D.J. Trance. It appeared in 1996 on New York label Warlock Records (distributed in Europe through Music Avenue on the Nite Blue label). The cover featured a logo of the Bowie name clearly modeled on the one seen on her former husband's Let's Dance releases. An album, Moon Goddess, was released in 2002 on Subterraneans' record label The Electric Label.

She sang with Subterraneans vocalist Jude Rawlins on a version of the Rolling Stones song "The Last Time", subsequently included on the 2003 Subterraneans album Orly Flight. She is currently working on her second album, Fancy Footwork.

Angie Bowie has reinvented herself as a journalist specializing in gender issues. She served as a "roving reporter" for the transgender lifestyle bimonthly, Frock Magazine. In 2002, she wrote a Pocket Essentials book entitled Bisexuality.

She met musician David Bowie in London in 1969, at the age of 19. According to her, they met through their mutual friendship with record executive Dr. Calvin Mark Lee. The couple married one year later, on March 20, 1970 at Bromley Register Office in Beckenham Lane, London. On May 30, 1971, their son was born Duncan Zowie Haywood Jones; he later preferred to be known as Joe or Joey, but has since reverted to the name Duncan Jones. After nine years of marriage, Angie and David Bowie separated, and finally divorced on February 8, 1980, in Switzerland.

During her marriage, she often accompanied her husband on his international concert tours. He wrote the songs "The Prettiest Star", "Golden Years", and "Cracked Actor" about her. (During a backstage sequence in the concert film Ziggy Stardust and the Spiders from Mars, David calls Angie by the name "Star".)

Following her divorce, Angie Bowie had a long term relationship with punk musician Drew Blood (born Andrew Lipka); they had a daughter, Stacia. She later lived in Tucson, Arizona.

As of the 2010s, she was estranged from her son Duncan Jones, saying in a 2010 interview that a reconciliation was unlikely and also mentioning the estrangement during her 2016 appearance on Celebrity Big Brother.

Angie Bowie has long claimed to have inspired the The Rolling Stones' hit song "Angie" from their 1973 album Goats Head Soup. However, the songwriters Mick Jagger and Keith Richards have consistently denied this. In 1993, in the liner notes to the Rolling Stones' compilation album Jump Back: The Best of The Rolling Stones, Richards said that the title was inspired by his newborn daughter, Dandelion Angela. Later, in his 2010 memoir Life, he said that he had chosen the name at random when writing the song and that "[i]t was not about any particular person." According to NME, the lyrics of the song were inspired by Jagger's breakup with Marianne Faithfull.

The fictional character of Mandy, portrayed by Toni Collette in the film Velvet Goldmine, was based upon Angie Bowie. 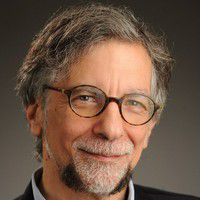