Gomes is the youngest player to represent Manchester United since Duncan Edwards in 1953, as well as the first player born in the 2000s to appear in the Premier League.

He has captained England at under-16, under-17 and under-18 levels.

Gomes started training with the Manchester United academy at the age of six. When he was 13, he represented the under-17s at a tournament in Slovakia in October 2013, and during the 2014–15 season, aged just 14, he was twice named on the bench for the under-18s before making his debut as a substitute against Middlesbrough in their final league match. In July 2015, Gomes captained the Manchester United under-15s at the Manchester United Premier Cup and was named Most Valuable Player, despite his team finishing in 12th place.

Gomes signed as an academy scholar ahead of the 2016–17 season, and on 27 August 2016, he became the youngest player to score a hat-trick for Manchester United at academy level since 2001, despite starting the game on the bench. He also became the third youngest player to achieve the feat in the club's history at 15 years, 362 days. After sustaining an injury in April 2017, Gomes was forced to miss the Dallas Cup. With 12 goals in 19 starts he was the under-18s' top scorer that season, and in May 2017 he was voted as the Jimmy Murphy Player of the Year, the youngest player ever to receiver the award. The following day, he trained with the first team ahead of possible inclusion in the squad for the final Premier League game of the season.

Gomes made his first-team debut on 21 May 2017, replacing Wayne Rooney in the 88th minute of a 2–0 home victory over Crystal Palace. At 16 years, 263 days old, he became the youngest player to represent Manchester United since Duncan Edwards in 1953, as well as the first player born in the 2000s to appear in the Premier League.

On 13 December 2017, Gomes signed his first professional contract with Manchester United, and on 26 January 2018, he made his FA Cup debut, coming on as an 88th-minute substitute for Marcus Rashford in a 4–0 victory against Yeovil Town in the Fourth Round.

On 25 July 2019, Gomes scored his first senior goal in a 2–1 pre-season friendly win against Tottenham Hotspur.

Gomes began his international career in August 2015, when he made two appearances for England at under-16 level, both against the United States. He captained the under-16s on two occasions while making a further seven appearances.

He was called up to the under-17s in August 2016, and scored four minutes into his debut while captaining his nation to a 3–1 victory over Belgium. Gomes added another two goals and an assist in his second appearance; a 5–0 win over Croatia. In October, he scored again in an 8–1 win against Germany. Gomes also scored in qualification for the UEFA Under-17 Championship, but missed out on the tournament in May 2017 due to injury. Gomes scored the fourth goal in England's opening game of the 2017 FIFA U-17 World Cup, with an 81st-minute free-kick as they beat Chile 4–0. He ultimately captained the team to their first U-17 World Cup title.

Gomes made his England U20 debut during a 0–0 draw against the Netherlands on 5 September 2019.

Gomes is also eligible to represent Angola and Portugal.

Gomes' preferred position is as an attacking midfielder. His playing style has been compared to that of Ronaldinho due to his creativity, composure and dribbling. In January 2015, Nani described Gomes as Manchester United's next star. Manchester United graduate Danny Webber said: "Gomes is still very small, but he sees the game seconds before others. Angel is like Paul Scholes; he can dictate a game with his intelligence."

Gomes is the son of Angolan-born former Portugal under-21 international Gil Gomes, and was born in Edmonton, Greater London during his father's time at Hendon. The family moved to the Manchester area when Gil joined Middlewich Town, and settled in Salford, where Gomes grew up. Former Manchester United winger Nani is Gomes' godfather. 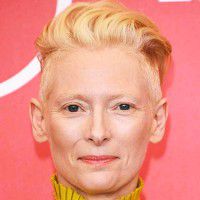