Andrew James Somers (born 31 December 1942) known professionally as Andy Summers, is an English guitarist who was a member of the rock band The Police. Summers has recorded solo albums, collaborated with other musicians, composed film scores, and exhibited his photography in galleries.

Andrew James Summers was born in Poulton-le-Fylde, Lancashire. During Summers' childhood, his family moved to Bournemouth in Dorset, England. After several years of piano lessons, he took up the guitar at the age of thirteen. By age sixteen he was playing in local clubs and by nineteen he had moved to London with his friend Zoot Money to form Zoot Money's Big Roll Band.

Summers' professional career began in the mid-1960s in London as guitarist for the British rhythm and blues band Zoot Money's Big Roll Band, which eventually came under the influence of the psychedelic scene and evolved into the acid rock group Dantalian's Chariot. He is one of the "two main love interests" in Jenny Fabian and Johnny Byrne's 1969 book Groupie, in which he is given the pseudonym "Davey".

After the demise of Dantalion's Chariot, Summers joined The Soft Machine for three months and toured the United States. For a brief time in 1968, he was a member of The Animals, then known as Eric Burdon and the Animals, with whom he recorded one album, Love Is. The album features a recording of Traffic's "Coloured Rain", which includes a guitar solo by Summers which runs a full 4 minutes and 15 seconds. To ensure he ended at the right place, Zoot Money kept count throughout the solo and gave him the cue out at bar 189. The LP also included a reworked version of Dantalion's Chariot's sole single "Madman Running Through the Fields".

After five years in Los Angeles, mostly spent at California State University, Northridge, he returned to London with his American girlfriend Kate Lunken.

In 1977, Summers was invited by ex-Gong bassist Mike Howlett to join his band Strontium 90, but was soon coaxed away by future Police bandmates Sting and Stewart Copeland.

Summers achieved international fame as the guitarist for The Police, which he joined in 1977, eventually replacing original guitarist Henri Padovani. Emerging from London's punk scene, the Police gained international renown with many hit songs, including "Message in a Bottle", "Roxanne", "Don't Stand So Close to Me", "Every Breath You Take", and "Every Little Thing She Does is Magic". During his time with the band, Summers twice won a Grammy Award for Best Rock Instrumental Performance, first in 1979 with "Reggatta de Blanc" (co-authored with Copeland and Sting), and again in 1980 with his instrumental "Behind My Camel".

Although Sting was the lead singer of the band, Summers occasionally contributed lead vocals, as in "Be My Girl/Sally" (1978), "Friends" (1980), "Mother" (1983), and "Someone to Talk To" (1983). Other notable Summers compositions from this period are "Omegaman" (which would have been released as the debut single from the 1981 Ghost in the Machine album had Sting not objected), "Shambelle" (1981), and "Once Upon A Daydream" and "Murder by Numbers" both co-written with Sting (both 1983). In early 1984, after seven years together and record sales around eighty million, the Police disbanded.

Though not given songwriting credit, Summers wrote the guitar riff for "Every Breath You Take". It was recorded in one take with his 1961 Fender Stratocaster during the Synchronicity sessions. The song was number one for eight weeks. Sting won the 1983 Grammy Award for Song of the Year, and The Police won Best Pop Performance by a Duo Or Group With Vocal for this song. Summers provides an account of the session in his book, One Train Later. Summers' solo career has included touring, recording, composing for films (including 2010, Down and Out in Beverly Hills, The Wild Life and Weekend at Bernie's), writing books, and exhibiting his photography.

Summers' solo debut, XYZ was released in 1987, and is the only non-instrumental album in his catalogue. Although it featured some pop material, including the single "Love is the Strangest Way", it failed to dent the charts, prompting Summers to move from MCA to Private Music and embrace a more experimental sound.

In 1987 Sting invited Summers to perform on his second album ...Nothing Like the Sun, a favour the singer returned by playing bass on Charming Snakes (1990) and later contributing vocals to "'Round Midnight" in Summers' tribute album to Thelonious Monk Green Chimneys in 1999.

In the mid-1990s Summers briefly returned to a more rock-oriented sound with Synesthesia (1995) and The Last Dance of Mr X (1997) before recording a string of jazz albums.

Over the years, Summers has collaborated with a number of guitarists, including Robert Fripp, John Etheridge, Victor Biglione and Benjamin Verdery. In December 2004, he and Copeland joined Incubus on stage in Los Angeles and performed "Roxanne" and "Message in a Bottle".

In March 2005, Summers made his debut at Carnegie Hall, playing the premier of "Dark Florescence", a concerto composed for him and Verdery.

His biography One Train Later (2006) was voted music book of the year by the UK's Mojo and was turned into the 2012 documentary Can't Stand Losing You: Surviving The Police. The documentary was released on DVD in July 2015 along with his CD, Metal Dog. During the 2007 Grammys Award show, The Police appeared, playing "Roxanne" and subsequently announcing that they would be going on tour. The Police Reunion Tour began in Vancouver, British Columbia, Canada on 28 May 2007, and continued until August 2008, becoming the third highest grossing tour of all time.

Summers formed a new band, Circa Zero, with Rob Giles from The Rescues. Originally, drummer Emmanuelle Caplette was also a member of the band. Their debut show was 25 July 2013 at the El Rey Theatre in Los Angeles. The band's debut album, Circus Hero, was released 25 March 2014. It is titled after a malapropism of the band's name made by a radio disc jockey during an interview of Summers. The first single, "Levitation," was released to US adult album alternative radio on 3 March 2014; and reached number 36 on the Japan Hot 100 chart. Circa Zero quietly disbanded in 2015.

Summers' five Grammy Awards includes one for "Behind My Camel" in the Best Rock Instrumental category. Summers wrote the instrumental for the Police. Sting, however, refused to play so Summers also played bass.

The above is a list of equipment used by Andy from the ’80’s. Since that time Summers has built a collection of 200 guitars and uses a wide variety of amplifiers and electronic equipment.

Since the 1980’s Andy Summers has done 35 photography exhibitions including:

Eric Burdon and The Animals

Summers currently resides in the Los Angeles area with his wife and family. 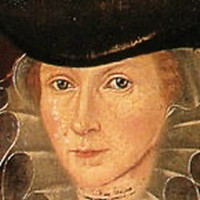 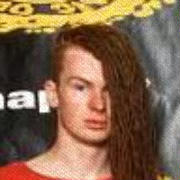