From Toowoomba in Queensland, McIntyre bordered at the prestigious Brisbane Grammar School playing flanker in the first XV and rowing in the first XIII.

After leaving school, while a student at University of Queensland, he played for GPS where he was moved to the tighthead prop position.

Following selection in the Queensland Reds, McIntyre worked tirelessly on developing his skills that saw his selection for the Wallabies.

He was selected in 1999 as a member of the Queensland Reds team of the century:

An internationally-respected prop who anchored the Queensland and Wallaby scrum in the 1980s and will always be remembered for that momentous pushover try against Wales in the 1984 Grand Slam tour. At the time of his retirement he was Australia’s most capped prop forward.”

His high work ethic and physical conditioning resulted in his well earned reputation as one of the greatest tightheads of the modern era.

Educated at Brisbane Grammar School, on Gregory Terrace, McIntyre practiced rugby union in the University of Queensland RC team, with which he won the state championship, beating Brothers Old Boys in 1979, when the final was replayed due to a draw; Mcintyre also played for the Queensland representative team in the 1980s.

He had his first cap for the Wallabies during the 1982 Bledisloe Cup against the All Blacks in Christchurch, and took part in the matches of the 1984 tour in Britain, where Australia won its first Grand Slam in the Northern Hemisphere.

Three years later, McIntyre was called in the Australian national team to play the 1987 Rugby World Cup, where the Wallabies finished in fourth place, and played his last international match in 1989, also against New Zealand, the team against which he played the first of his 38 international matches.

The contents of this page are sourced from Wikipedia article on 25 Apr 2020. The contents are available under the CC BY-SA 4.0 license.
comments so far.
Comments
Reference sources
References
https://web.archive.org/web/20110706102356/http://www.braveandgame.com.au/Lists.aspx?List=The%20Nurseries%20of%20Australian%20Rugby%20Wallabies
http://www.braveandgame.com.au/Lists.aspx?List=The%20Nurseries%20of%20Australian%20Rugby%20Wallabies
http://www.theroar.com.au/2007/08/20/daddy-of-grand-finals/
http://en.espn.co.uk/scrum/rugby/player/9480.html
http://www.redsrugby.com.au/Reds/HonourBoard/TeamoftheCentury.aspx
Trending today in 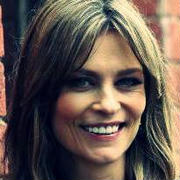