He won the British Speedway Championship in 1982. He also made it to the World Final in 1982 in Los Angeles as reserve but did not ride. He was signed to ride for the Oxford team in 1985. In 2009 he and his brother Alan rode for the Cradley Heathens.

Andy's image is depicted on Proof of Youth an album released in 2007 by the Brighton band The Go! Team. 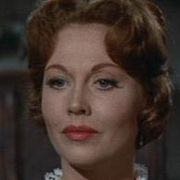