Andrew Lewis Cooper (April 24, 1898 – June 3, 1941), nicknamed "Lefty", was an American left-handed pitcher in baseball's Negro Leagues. He was elected to the Baseball Hall of Fame in 2006. An alumnus of Paul Quinn College in Waco, Cooper played nine seasons for the Detroit Stars and ten seasons for the Kansas City Monarchs. The Texan was 6 feet 2 inches (188 cm) tall and weighed 220 pounds (100 kg; 16 st).
In defiance of a threatened five-year Negro league ban for contract jumping, Cooper joined a 1927 barnstorming team that toured Hawaii and Japan. He spent most of his later career with the Monarchs. Cooper is the Negro league record holder for career saves. In a 1937 playoff game, he pitched 17 innings. Cooper served as manager or player-manager for the Monarchs from 1937 to 1940, leading the team to the pennant three times during those four seasons.

Cooper was born in Waco, Texas, and he attended A. J. Moore High School in Waco. He continued his education locally at Paul Quinn College.

Cooper pitched for the Detroit Stars from 1920 to 1927. The Stars played in Mack Park, which was noted for its short fences. Despite the hitter-friendly dimensions of the park, Cooper excelled as a pitcher in Detroit. The short fences often allowed Detroit's powerful hitters to provide good run support for Cooper. In The New Bill James Historical Baseball Abstract, James characterized Cooper as the best Negro league pitcher of 1923.

Cooper was traded to the Kansas City Monarchs for five players in 1928. He became known for his durability as a pitcher. To open the 1928 season, the left-hander pitched a two-hit shutout against the Cleveland Tigers, which he followed with a 4-3 win over the Tigers the next day.

Cooper returned to the Stars for another season in 1930. In nine years with the Stars, he earned a 92-47 record. He rejoined the Monarchs in 1931. One of his best years was 1936, when he went 27–8 against all levels of competition. He made his only All-Star appearance that season, as Negro league All-Star games had not been played until three years earlier.

Cooper became player-manager of the Monarchs in 1937. The Monarchs joined the newly formed Negro American League (NAL) that year. Nearing the end of his career, Cooper pitched 17 innings in a playoff game that year versus the Chicago American Giants. Cooper gave up two runs in the first inning of the game, but he pitched 16 subsequent scoreless innings. In Black Baseball in Kansas City, Cooper was described as having "more junk than Fred Sanford", but he walked only one batter. The game was declared a tie after the 17th inning, but the Monarchs won the playoff series four games to one with the one tie.

Cooper became known for his ability to alter the speed of his pitches. He threw a fastball, a curveball and a screwball. He also had a well-known pickoff move. He posted a 116–57 career record and went 72–30 over a six-year span. He often pitched three games in a five-game series, starting two and relieving another. He holds the Negro league career record for saves (29). Negro league historian Dick Clark called Cooper the greatest pitcher to play for Detroit, either for the Stars or the Tigers. By 1940, Cooper had managed the team to three pennants.

Negro league star Buck O'Neil said that Cooper and Kansas City owner J. L. Wilkinson were responsible for O'Neil joining the NAL and ultimately becoming a member of the Monarchs. In 1937, Cooper and Wilkinson were impressed by O'Neil but the team had a first baseman who was returning from an injury. They encouraged O'Neil to sign with the Memphis Red Sox. The Monarchs traded their first baseman the next year and purchased O'Neil's contract from Memphis.

By 1927, player pay had been cut and morale was low in the NNL and the Eastern Colored League (ECL). To limit the options of the players, the leagues announced a five-year ban on any contract-jumping players. Cooper and three other Negro league players - Biz Mackey, Rap Dixon and Frank Duncan - decided to test the ban. They joined a traveling all-star team, the Philadelphia Royal Giants, in a four-month barnstorming tour of Japan. The team traveled by ocean liner and it took 20 days to arrive in Japan. On their return, they played some games in Honolulu. The team won all 23 games they played on the tour. Upon his return, Cooper received a 30-day suspension and a $200 fine.

Cooper went barnstorming in the Pacific with the Royal Giants in 1932-33. The team earned a 47-2-1 record as they visited the Philippines, China, Korea and Japan. Cooper recorded a .342 batting average on the trip. The next year, he accompanied the Royal Giants to Japan, China, the Philippines and Hawaii for a four-month, 35-game trip.

According to reports in the Chicago Defender, Cooper reportedly suffered a stroke early in the 1941 pre-season. He left for his home in Waco to rest and recover, leaving Newt Allen as interim manager, but suffered a fatal heart attack on June 3, having never returned to the Monarchs. He was buried in Greenwood Cemetery in Waco.

Cooper was inducted into the Baseball Hall of Fame in 2006. His Hall of Fame class included 17 black players and executives from the Negro league or pre-Negro league eras. A special committee had been formed that year to select the group, and it narrowed down a pool of 39 candidates to arrive at the final selections.

The 109th United States Congress issued a resolution that year honoring the 2006 Negro league and pre-Negro league inductees. As of 2014, Cooper is one of eleven inductees whose plaques do not depict them wearing a cap with a team logo.

In 2014, Cooper made the final ballot for election to the Texas Sports Hall of Fame. 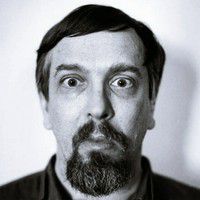 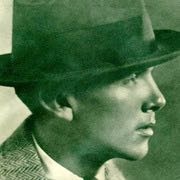 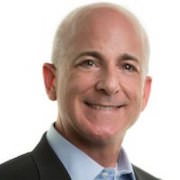