Sihler has contributed to Indo-European linguistics by showing that Edgerton's Law (an extension of Sievers' Law) is untenable when all the evidence is taken into account. In addition, he has written a comparative grammar of Greek and Latin intended to replace the one written by Carl Darling Buck some sixty years previously.

Andrew's brother William W. Sihler is a professor of finance in the Darden School of Business at the University of Virginia. The Sihler brothers are the grandnephews of Ernest Gottlieb Sihler and great-grandsons of Wilhelm Sihler. Gottlieb was a classics scholar whose works show little interest in historical linguistics. Wilhelm's university training was in philosophy, though he early was drawn to theology instead. He published short works on a variety of subjects. 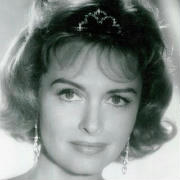