AM
0 views today
0 views this week

Andrew T. Miltenberg is an attorney specializing in the field of campus assault due process. Miltenberg has represented a number of male students who claim to have been wrongfully accused of campus assault and have had no access to due process in campus investigations and disciplinary proceedings. His cases have generated attention from national news media, including The New York Times, The Wall Street Journal, Newsweek, USA Today, The Los Angeles Times, CBS Sunday Morning, New York Magazine, The Huffington Post, Fox News, and National Public Radio. Described by Newsweek as the “go-to attorney for students accused of sexual assault,” Miltenberg advocates for the rights of accused college students to due process. He has defended students at disciplinary proceedings facing suspension or expulsion from a wide range of colleges and universities and is representing a student in a first-of-its-kind lawsuit against the U.S. Department of Education's Office of Civil Rights. In all, Miltenberg has represented more than 75 students in college disciplinary hearings in over 30 states. He has also filed numerous civil lawsuits against universities in connection with mistreatment of accused students. His article on representing accused students on campus was featured in the American Bar Association's Litigation Journal in Fall, 2016. Miltenberg is currently a board member of FACE, Families Advocating for Campus Equality, a non-profit advocating for equal treatment and due process rights for those affected by sexual misconduct allegations on campus.

In a significant ruling on the issue of Title IX in campus sexual assault investigations, the United States Court of Appeals for the Second Circuit on July 29, 2016 vacated a district court decision and allowed a male student’s lawsuit against Columbia University to proceed. The Second Circuit clarified the standard for accused students pleading a violation of Title IX, and suggested the possibility of a Title VII framework.

The student claims Columbia University violated his due process rights and discriminated against him based on his gender in a wrongful sexual misconduct investigation that resulted in his suspension. The plaintiff is represented by attorney Andrew Miltenberg, who specializes in Campus Assault Due Process, and the appeal was argued by Philip A. Byler, of Nesenoff & Miltenberg, LLP.

Lawsuit against U.S. Department of Education Office of Civil Rights

In 2016, Miltenberg filed a lawsuit on behalf of Grant Neal, a student athlete at Colorado State University Pueblo (CSU Pueblo), against the U.S. Department of Education Office for Civil Rights (OCR) and CSU Pueblo for violation of Title IX in a wrongful sexual assault investigation.

The complaint stated that in October 2015, Grant Neal, a football player with a 3.67 GPA, was wrongfully accused of non-consensual sexual contact and suspended from school following a rejected appeal. His accuser is not the alleged victim, but a friend of the alleged victim who presented a second-hand account of an incident to the athletic training director, who then presented this account to the Title IX director at CSU Pueblo. In the lawsuit, the plaintiff contended that CSU’s wrongful investigation was caused by a directive of the U.S. Department of Education’s Office for Civil Rights (OCR), which the plaintiff contends encourages male gender bias and violation of due process rights during sexual misconduct investigations.

According to the complaint, the U.S. Department of Education issued in 2011 what has become known as the "Dear Colleague" Letter to every college and university receiving federal funding, addressing their obligation under Title IX to respond to claims of sexual harassment and sexual violence. The 19-page "Dear Colleague" letter contained guidance and directives on how schools are to address sexual assault and misconduct to comply with the Department's view of Title IX. Among other things, the "Dear Colleague" letter dictated that schools use a "preponderance of the evidence" standard rather than the “clear and convincing standard.”

According to the complaint, while the U.S. Department of Education designated the Dear Colleague Letter as a “guidance” document that merely interprets the requirements of Title IX of the Education Amendments of 1972 and its implementing regulation, in actuality, the Dear Colleague Letter advanced new substantive rules and created binding obligations on the affected parties under threat of severe penalties, including investigation and rescission of federal funding for non-compliant educational institutions. As such, the complaint contended the Federal Defendants violated 553 of the Administrative Procedure Act when they intentionally evaded the requisite notice and comment rule-making while nonetheless enforcing the Dear Colleague Letter as binding law. The lawsuit stated that the Department’s failure to abide by the proper rule-making procedures has resulted in ongoing unlawful and ultra vires practices and policies which render the Dear Colleague Letter, and all disciplinary decisions arising therefrom, unconstitutional, arbitrary and void.

Miltenberg filed a similar suit on behalf of Georgia Representative Earl Ehrhart, chair of the Georgia House Appropriations Subcommittee on Higher Education. Earhart filed a lawsuit against the United States Department of Education’s Office of Civil Rights for their implementation of unconstitutional policy directives regarding sexual misconduct investigations at colleges and universities.

Chairman Ehrhart, a vocal critic of several wrongful sexual misconduct investigations at the Georgia Institute of Technology, filed the complaint along with his wife, Virginia Ehrhart, on behalf of state and federal taxpayers. In the complaint, Ehrhart stated that the enforcement of the “Dear Colleague” letter has resulted in the imposition of unnecessary costs at the expense of both federal and Georgia taxpayers under the threat of federal funding being revoked for the schools’ failure to comply.

Among his lawsuits filed against universities, Miltenberg represented Paul Nungesser, a student accused of rape by Columbia University “mattress girl” Emma Sulkowicz. While Nungesser was ultimately cleared of all charges by the University, his accuser famously carried a mattress wherever she went on campus as her senior thesis to protest Nungesser’s presence. Nungesser filed a lawsuit against Columbia, charging that the school violated Title IX statutes by abetting the woman’s gender-based harassment.

While the lawsuit was initially dismissed by a federal district court judge, Miltenberg filed an amended complaint on behalf of Nungesser on April 25, 2016.

Miltenberg served as an attorney in a case against Brown University, in which the United States District Court for the District of Rhode Island ruled to allow a former student’s Title IX lawsuit against the University to proceed. The plaintiff, John Doe, charged that Brown violated his due process rights and discriminated against him based on his gender in a wrongful sexual misconduct investigation. 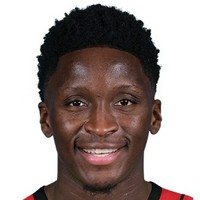