During his teens, Darbyshire developed a passion for electronics and radio communications, and spent hours dismantling things to see how they worked. In 1976, aged 15, he left school for an apprenticeship in radio station engineering at 3DB and studied at Royal Melbourne Institute of Technology (RMIT).

In 1979, Darbyshire was hired by Time and Frequency Technology, a manufacturer of broadcast equipment in Santa Clara, California, the heart of Silicon Valley.

In the mid-1980s Darbyshire founded a software company, Pacsoft. The company publishes inventory management software and now has about 35 staff and offices in Australia, New Zealand and the USA. In 2000 he sold his company to a small public company in Sydney for $7.5million. In 2004 Darbyshire bought back the business for $200,000 and has since rebuilt it to be a leader in its class throughout the world. From some 30 staff, 10 have been with him for more than 10 years.

Darbyshire is married to Melbourne lawyer Cathryn Darbyshire. Together they have three girls, Caitlin born 1998, Brooke born 2000 and Annabel born 2003. When Caitlin was only four months old, was diagnosed with infantile spasms, a form of epilepsy. One month later an MRI revealed that she had a condition called tuberous sclerosis (TS), which is a rare genetic disease that causes benign tumours to grow in the brain and other organs. After many tests it was confirmed that Caitlin's were contained to her brain. Over the next few years the family were to spend many days and nights at the children's hospital. Throughout 2005 and 2006 Caitlin's health deteriorated and the brain tumours kept recurring. The family had reached a stage where all treatment options had been exhausted and they knew that they would lose her at some point over the next few years. Caitlin Darbyshire died on 24 August 2006.

With help from LEK Consulting, Andrew established a retail fundraising arm of the Florey Institute of Neuroscience and Mental Health, a research institute in Australia. Howard Florey was the man who saved millions of lives through the mass manufacture of penicillin. Andrew and his wife Cathryn also established Caitlin's Fund @ The Florey, a perpetual trust that annually awards a travel scholarship to a young scientist to present a paper at a conference. They also established the Caitlin Darbyshire Trust at the Lord Mayor's Charitable Foundation, a community foundation in Australia. Andrew is the Founder and Patron of Caitlin's Retreat. Situated 15 kilometres from Melbourne's central business district, Caitlin's Retreat is a place that provides spacious and functional accommodation and facilities, for special needs children and their families to have a holiday together.

FNI8104%20Autumn%20Newsletter%20WEB.pdf is or was a board member of the following foundations; Florey Neurosciences Foundation Council, Zoos Victoria Foundation, Petstock Foundation. He is a councilor of AbaF – Australian Business Arts Foundation and a member for the Committee for Melbourne and a fellow of the Australian Institute of Company Directors. 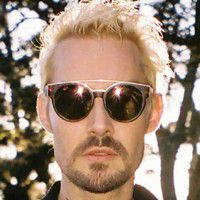