Bernstein has been photographer for the United States Olympic national basketball team since the 1992 "Dream Team", and has extensively covered all USA gold medal-winning teams since. Bernstein has worked commercially on advertising campaigns for Shaquille O'Neal, Kobe Bryant, Mia Hamm, LeBron James and many others for brands such as Nike, Reebok, Adidas, Pepsi, Coca-Cola and Icy Hot. His work has been showcased in many exhibitions over the years. He is only one of four photographers whose work is on permanent display at the Naismith Memorial Basketball Hall of Fame in Springfield, MA. Bernstein was inducted into the National Jewish Sports Hall of Fame in 2013.

Bernstein is the host of Through The Lens, which is a regular feature on the Lakers channel on Time Warner Cable SportsNet LA. It is a unique perspective of Lakers history through his photos that Bernstein hosts with a famous guest. 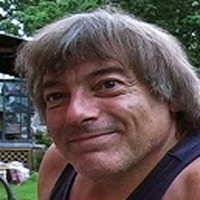