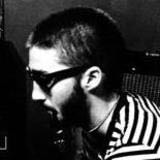 Andrew Collberg (born September 18, 1987) is a musician living in Köln, Germany who grew up in Tucson, AZ. He plays drums, guitar & bass, keyboards, and sings. He has his own song writing project called "Andrew Collberg", and he also collaborates with many other musicians, both playing live and recording in studio.

Collberg was born in Lund, Sweden and grew up in Tucson, Az.

In 2006, when Collberg was 18 years old, he produced his first and self-titled album, Andrew Collberg. He recorded the album on his own, playing every instrument himself. This album got Collberg much attention and local gigs. In 2008, Collberg released EPP, another album made in the same lo-fi sort of sound as his self-titled album, on which he also played all of the instruments. In 2010 On The Wreath was released on Le Pop Musik, and featured local musicians, including Calexico's Joey Burns, who plays cello on "Wait inside". Skateboarder Ryan Decenzo used Colberg's song "Man in the Moose Suit" in his Transworld Skate video "Hallelujah".

He has played music with many acts in Tucson. He has played drums for Tucson's own Howe Gelb, Golden Boots, Naim Amor, Haboob, Orkesta Mendoza, Gabriel Sullivan, Forest Fallows. Collberg's own band has opened for acts like M. Ward and Violent Femmes. He has also contributed music for soundtracks for films such as Precious Knowledge and The Wine of Summer.

In 2011, Collberg released a 7-inch featuring two tracks, as titled, "Dirty Wind/ Back on the Shore". It was released on Ft. Lowell Records, which is a Tucson-based label. "Back on the Shore" made it to New York Daily's top 100 songs of 2012.

"Dirty Wind/ Back On The Shore" 2011 Fort Lowell Records

The contents of this page are sourced from Wikipedia article on 02 Jul 2020. The contents are available under the CC BY-SA 4.0 license.
View Andrew Collberg 's image gallery
Image Gallery