Andrew Alexander is a theatre, television producer, known most widely for his leadership and co-ownership of The Second City, and for co-developing and producing the television show SCTV.

Andrew Alexander was born in London, England. His father, in the aeronautical industry, moved the family to Canada in 1951. He studied at Tri-State College in Indiana and Ryerson University in Toronto.

After Ryerson in 1967 Alexander worked for The Thompson Newspaper Chain and Oakville Beaver newspaper. In the early 1970s, Alexander moved around the Toronto arts scene working as an editor of Ski Magazine, and for the ill-fated John Lennon Peace Festival. Alexander worked at the Global Village Theatre, co-producing late night shows and marketing and publicity at the Toronto Arts Foundation. He was eventually hired by the Ivanhoe Theatre in Chicago, where he met Bernard Sahlins, owner and co-founder of The Second City.

Career at The Second City

As head of the Toronto theatre, Alexander produced and developed live theatre revues and launched the careers of comedians Gilda Radner, John Candy, Dan Aykroyd, Andrea Martin, Catherine O'Hara, Eugene Levy, Martin Short, Dave Thomas, Joe Flaherty and others. Two years later, Alexander joined Len Stuart in starting The Second City Entertainment Company, a TV and film production company. Their first production was the television show SCTV. After almost a decade of developing the entertainment company, Alexander and Stuart became owners of The Second City Chicago in 1985. Alexander has actively led The Second City in Canada and the US since then.

Alexander has produced or executive produced over 250 Second City revues in Canada and the United States. Over the past 42 years, The Second City has operated resident theater and/or improv training facilities at one time or another in Toronto, Chicago, Detroit, Las Vegas, Los Angeles, Edmonton, London, Ontario, and Cleveland. Additionally, Alexander expanded The Second City's Training, Touring and Corporate Services divisions from niche offerings to boutique business lines in their own right. In February 2016 Alexander announced the opening of The Harold Ramis Film School in Chicago with its first term starting in September 2016.

During Alexander's career as television producer, he co-developed and executive produced over 185 half-hour shows and produced over 150 hours of television comedy for SCTV. Throughout the length of its run, the series garnered an ACTRA Award, 2 Emmy Awards and 13 Emmy Award nominations.

Alexander was a founding shareholder of the Pay Television service, Super Channel, and served on the board of directors.

Alexander serves on the Columbia College Board of Trustees. He is Chair of the Gilda's Club Toronto Honorary Board, an Honorary Member of the Chicago Gilda's Club Board and has also served on the Board of the League of Chicago Theaters and the Canadian Walk of Fame. In 2008, Alexander facilitated a reunion of the cast of SCTV in Toronto launching The Second City Alumni Fund, a fund that has raised over $400,000 to assist actors and support staff during times of illness or economic hardship.

Alexander has received The Canadian Comedy Awards' Chairman's Award, Gilda's Magic Award from Gilda's Club, Chicago Improv Festival Lifetime Achievement Award 2009, The League of Chicago Theater's 2009 Artistic Leadership Award and named 2009 Arts Chicagoan of the Year by Chicago Tribune, Crains Who's Who in Chicago Business 2011, Chicago Magazine's Power 100 - 2012. Since acquiring Chicago Second City in 1985, the Second City under Alexander's leadership has been nominated for 154 Jeff Awards and has won 32 Jeff Awards, 28 Dora Nominations and 2 wins as well as receiving on behalf of Second City, the Lifetime Achievement Award from Just for Laughs, Spirit of Innovation Award 2011, The Big Shoulders Award 2012 from the Chicago Film Critics and The NAB Spirit of Broadcasting Award 2012, Phi Beta Kappa Distinguished Service Award 2014 and Chicago Fifth Star Award 2016. 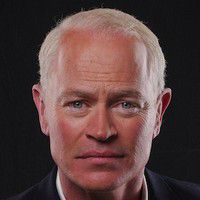 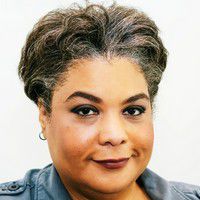 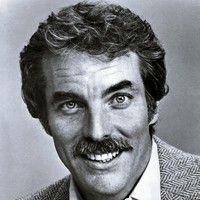 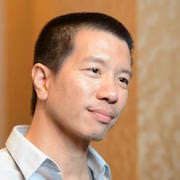