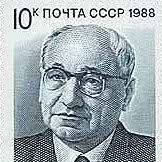 During his career, he designed and oversaw the design of more than 100 types of aircraft, some of which set 78 world records. In recognition of his work, he was made an honorary member of Britain's Royal Aeronautical Society and the American Institute of Aeronautics and Astronautics.

Tupolev was born in the village of Pustomazovo (Russian: Пустомазово), near the city of Kimry, Tver region, Russia.

Tupolev was the sixth of seven children born to his parents. After first being educated at home, he studied at the Gymnasium in Tver and finished in 1908. He then applied for courses at two Russian universities and was accepted at both: Imperial Moscow Technical School (IMTU Russian: ИМТУ) and the Emperor Nicholas II Moscow State University of Railway Engineering. He accepted the place at IMTU.

In 1909, Tupolev began studying aerodynamics under the Russian aviation pioneer Nikolay Zhukovsky. Also in 1909 he volunteered for the Aeronautical workshop (Kruzhok) headed by Zhukovsky. In 1910, together with his workshop friends, Tupolev built and test piloted his first glider. During his workshop days he also built a wind tunnel, which led to the formation of an aerodynamic laboratory at IMTU.

In 1911, Tupolev was accused of taking part in revolutionary activities, including demonstrations and distribution of subversive literature, and was arrested. He was later released on condition that he return to his family home in Pustomazovo and was only allowed to return to IMTU in 1914. He completed his studies in 1918 and was awarded the degree of Engineer-Mechanic when he presented his thesis on the development of seaplanes.

By 1920 the IMTU had been renamed the Moscow Higher Technical School (MVTU) and Tupolev was teaching a course there on the basics of aerodynamic calculations.

Tupolev was a leading light of the Moscow-based Central Aerohydrodynamic Institute (TsAGI; Russian: Центральный аэро-гидродинамический институт; ЦАГИ) from 1929 until his death in 1972. The Central Design Office or TsKB (Russian: Центральное конструкторское бюро; ЦКБ) based there produced bombers and some airliners, which in the years before World War II and especially in his 1930s-era designs, were based partially on the all-metal aircraft design concepts pioneered by Hugo Junkers. In 1925, he designed a twin-engine bomber, the TB-1, which was considered one of the most advanced designs of the time. By 1934, Tupolev had led the design bureau that designed the largest aircraft flying in the world at the time, the 63-meter wingspan, eight-engined Maksim Gorki, again built with the Junkers metal structure airframe concepts. In 1937, an improved version from the earlier TB-1, the four-engined TB-3 made a landing at the North Pole.

As the number of qualified aircraft designers increased, Tupolev set up his own office, producing a number of designs designated with the prefix ANT (Russian: АНТ) from his initials.

However, on October 21, 1937, Tupolev was arrested together with Vladimir Petlyakov and the entire directorate of the TsAGI and EDO on trumped up charges of sabotage, espionage and of aiding the Russian Fascist Party. Many of his colleagues were executed. In 1939, Tupolev was moved from a prison to an NKVD sharashka for aircraft designers in Bolshevo near Moscow, where many ex-TsAGI people had already been sent to work. The sharashka soon moved to Moscow and was dubbed "Tupolevka" after its most eminent inmate. Tupolev was tried and convicted in 1940 with a ten-year sentence. During this time he developed the Tupolev Tu-2, He was released in July 1941 "to conduct important defence work." (He was not rehabilitated fully until two years after Joseph Stalin's death in 1953.)

Tupolev headed the major project of reverse engineering the American Boeing B-29 strategic bomber, which was the world's first nuclear delivery platform. The USSR had repeatedly asked unsuccessfully for lend-lease B-29s. Using three machines which landed in Siberia after bombing Japan in 1945, Tupolev succeeded in replicating them down to trivial detail. Moreover, he got it into volume production, with crews fully trained in time for the 1947 May Day parade. The copy was designated Tu-4, with many subsequent Tu aircraft having the number 4 in their designations.

By the time of his rehabilitation in 1955, Tupolev had designed and was about to start testing his unique turboprop strategic bomber, the Tu-95. In the following years, he overcame competition from Vladimir Myasishchev and his M-4 series of jet-powered strategic bombers, introducing the Tu-16 design. This was in part thanks to Tupolev's close rapport with Nikita Khrushchev who had denounced Stalin's terror, of which Tupolev had been a victim.

At about the same time, Tupolev introduced into service the world's second jet airliner, the Tu-104. The aeroplane was the first jet transport to stay in uninterrupted service, and the only one in service anywhere in the world for two years until late 1958. It was followed by a series of Tu passenger jets, including the supersonic Tu-144, designed by Tupolev's son Alexei Tupolev (1925–2001).

Loss of power in the Soviet Union

After Khruschev's removal from office in late 1964, the ageing Tupolev gradually lost positions at the centres of power to rivals. Though the prestige Tu-144 programme enjoyed top level support until 1973, as did the important Tu-154 airliner, the favored position the Tupolev Design Bureau enjoyed through Tupolev's personal political connections was largely eclipsed by the Ilyushin aircraft manufacturing and design company.

To his contemporaries, Tupolev was known as a witty but crude master of obscene vocabulary who invariably and energetically insisted on fast and adequate technical fixes at the expense of scholastic ideal solutions. A hallmark of his was to get an aeroplane into service very rapidly; then began an often interminable process of improving the shortcomings of the "quick and dirty" initial design. To his competitors among the Soviet aircraft design community, he was known above all as politically astute; a shrewd and unforgiving rival.

Tupolev was buried in the Novodevichy Cemetery in Moscow.

List (partial) of retired or active airliners designed or made by aviation designer/engineer Andrei Tupolev; incl. both military and civilian planes, jets and other aircraft:

The contents of this page are sourced from Wikipedia article on 18 Mar 2020. The contents are available under the CC BY-SA 4.0 license.
View Andrei Tupolev 's image gallery
Image Gallery

Soviet interceptor pilot who defected to the West 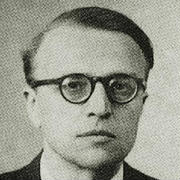