After turning 17 and getting a British driver's license, Mikkelsen started competing in rallies in the United Kingdom. Driving a Ford Focus RS WRC, he won the Quinton Stages, the Coracle, the Plains, the Bulldog and the Cambrian Rally, as well as the Saaremaa Rally in Estonia.

Mikkelsen debuted in the World Rally Championship at the 2006 Rally GB and retired from the 14th special stage after going off the road. In the 2007 season, he competed in eight WRC events, and also took part in the Irish Tarmac Championship and the Norwegian Rally Championship. His best WRC results were ninth at the 2007 Rally Ireland and tenth in Norway and Portugal.

For the 2008 season, Mikkelsen had some exclusive coaching from Ford's retired double world champion Marcus Grönholm. Even though having major problems with turbocharger on Friday's stages, he achieved the best result of his WRC career so far by claiming fifth in the 2008 Swedish Rally, beating Matthew Wilson's 2006 record of being the youngest driver ever to score points in a WRC event. He intended to compete in all of the championship rounds in Europe, whilst completing his final year in school.

During Rally Larvik in September 2009, Mikkelsen was involved in an accident, when he got a slide on his car and hit a 10-year-old spectator, killing her instantly. Mikkelsen, in the Ford Fiesta S2000, on his way to second place on the 2010 Rally Scotland.

In 2010, Mikkelsen competed in the Intercontinental Rally Challenge driving a Ford Fiesta S2000 with a best finish of second on the 2010 Rally Scotland. He placed seventh in the overall standings. Mikkelsen drove a Super 2000 car also on three WRC rounds, and won the SWRC class at the season-ending 2010 Wales Rally GB. Following a strong 2010 campaign, Mikkelsen signed with the Skoda UK Motorsport team for the 2011 IRC season.

Mikkelsen continued his dominance of the IRC in the 2012 season, winning the drivers championship as well as several rallies. Mikkelsen is the first ever to win the IRC (now ERC) two consecutive times.

From 2013 to 2016, Mikkelsen competed for Volkswagen Motorsport II in their Polo WRC. He did not reach the podium during the 2013 season, but won several special stages, placing 10th in the overall standings. In 2015, he achieved his first rally victory in Spain, followed by two more in Poland and Australia during the 2016 season. He finished 3rd in the championship three times from 2014 to 2016. 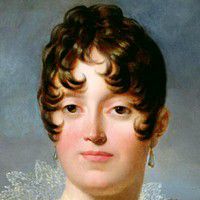 Queen of Sweden and Norway 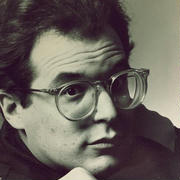