Andrea Monica Martin (born. April 14, 1975 in Brooklyn, New York) is an American R&B singer-songwriter and producer.
She is primarily known for writing hit songs (often with longtime partner Ivan Matias) for artists like Toni Braxton ("I Love Me Some Him"), Monica ("Before You Walk Out of My Life"), Angie Stone ("Wish I Didn't Miss You"), En Vogue ("Don't Let Go (Love)"), SWV ("You're the One"), and Leona Lewis ("Better in Time"). Martin worked with The X Factor 2008 winner Alexandra Burke on a song for her debut album Overcome.
In 1998, Martin released The Best of Me, as well as a few singles. Her single "Let Me Return the Favor" reached No. 82 on the Billboard Hot 100 in November 1998, and her single "Share the Love" was remixed for clubs and peaked at No. 4 on the Billboard Dance Charts in June 1999. She has appeared as a back-up vocalist on many albums.

In the charts as a writer 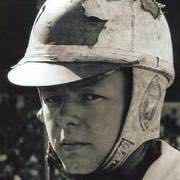