Andrea Boattini is credited by the Minor Planet Center (MPC) with the discovery of 296 minor planets made between 1977 (see following comment) and 2006.

The minor planet (48381) 1977 SU3, discovered at the Siding Spring Observatory on 17 September 1977, is credited by the MPC to Andrea Boattini and his older co-discoverer Giuseppe Forti (b. 1939). However Boattini did not co-discover this asteroid on the day after his 8th birthday in 1977, but rather recovered the body from the original observations, referenced as MPS 18832, which were published by the MPC on 13 October 2000.

As this list contains numbered minor planets only, the unnumbered Mars-crosser and near-Earth asteroid 2007 WD5, discovered by Boattini in 2007, is not included. 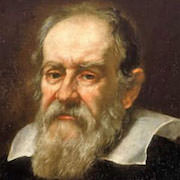 Member of the Venetian jewish upper middle class of the 20th century.