Andre Bernard Tippett (born December 27, 1959) is a former American college and professional football player who was a linebacker in the National Football League (NFL) for twelve seasons during the 1980s and 1990s. He played college football for the University of Iowa, and was recognized as an All-American. A second-round pick in the 1982 NFL Draft, Tippett played professionally for the New England Patriots for his entire pro career. Currently, he is the Patriots' Executive Director of Community Affairs. He was enshrined in the Pro Football Hall of Fame in 2008.

Tippett was born in Birmingham, Alabama. He attended Barringer High School in Newark, New Jersey. He first attended college and played football at Ellsworth Community College in Iowa Falls in 1978.

He is married to Rhonda Tippett (née Kenney) with three daughters, Janea Tippett, Asia Barnes and Madison, and one son, Coby. Andre Tippett is a former Baptist, and a convert to Judaism. He currently lives in Sharon, Massachusetts, and is a Pop Warner football coach.

He currently serves as the Executive Director of Community Affairs for the New England Patriots.

Tippett was an All-American defensive end and a three-year letterman at the University of Iowa. He was also a two-time All-Big Ten selection (1980 and 1981). In 1981 he helped lead the Hawkeyes to their first winning season, their first Big Ten title, and first Rose Bowl in two decades. He was part of a defense that allowed only 129 points, the lowest total since 1965 and 9th best in school history and allowed only 86.9 rushing yards a game, which still stands as the school record. The 1981 Iowa defense allowed 253 total yards a game, the fewest since 1959, making it the 4th best defense in school history in terms of total yards. Against Northwestern on October 3, 1981, the Hawkeye defense allowed 78 total yards which stands as 6th best in defensive performances in team history.

Andre was a two-time first team all-Big Ten, and a team captain in 1981. He holds the Iowa record for tackles for lost yardage in a season (20 tackles for 153 yards in 1980). He played in the Hula Bowl and the Japan Bowl in 1982, after his senior year at Iowa. He was voted a DE on Iowa’s all-time football team in 1989 as is a member of the University of Iowa's Varsity Hall of Fame. Upon induction to the Varsity Hall of Fame, Tippett remarked, "For me, this is a 'Wow' . . . It is really, really special to be voted by your peers and the people who saw you play. I'm going in with some of the greatest people to ever play sports at the University of Iowa. This is one of the greatest honors I have ever had. This is a special feeling because during the three years I was there, I developed a great bond with the players and coaches."

Tippett was drafted by the New England Patriots in the 2nd round of the 1982 NFL Draft.

Tippett is a member of the NFL’s 1980s all-decade team and was selected to five Pro Bowls in his career, earning the nod in five straight seasons from 1984–88.

Tippett holds the Patriots’ franchise record with 100.0 career sacks. He also owns the top three single-season sack performances in Patriots history (18.5 in 1984, 16.5 in 1985 and 12.5 in 1987). He ranked seventh on the all-time sacks list, and third among linebackers, at the time of his retirement following the 1993 season. Over his career, Tippett recorded 100 sacks in 151 games, an average of 0.662 sacks per game. The mark currently ranks fourth in NFL history among linebackers.

After not recording a sack as a rookie in 1982, Tippett finished either first or second on the team in sacks in each of his final 10 seasons. He led the team in sacks six times and finished second on the team four times. Tippett recorded 30 multiple-sack games in his career and sacked a total of 41 different quarterbacks. Tippett recovered 18 opponents’ fumbles during his career, tying him for first on the Patriots’ all-time list (Steve Nelson). He also forced 17 fumbles in his career.

Tippett was named the AFC’s Linebacker of the Year by the NFL Players Association for three straight seasons from 1985–87. He was voted to the Associated Press All-NFL First-team on two occasions (1985 and 1987) and Second-team on two other occasions (1986 and 1988). He was also named to the NFL Films All-Pro team in 1984.

Tippett spent his entire 12-year career with the Patriots and was a member of three playoff teams, including the 1985 AFC Champions.

The Hall of Fame’s 40-member Selection Committee met in Miami on February 3, 2007, to select the Class of 2007. Tippett was not selected for enshrinement, but he was among the top 10 finalists. The now 44-member Selection Committee met in Arizona, the day prior to Super bowl XLII, to vote on the Class of 2008. Just prior, Hall of Fame running back Eric Dickerson said, " "I think it is about time Andre Tippett is in the Hall Of Fame." 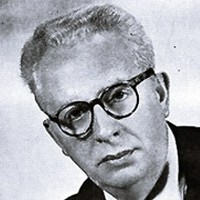