Andre Darnell Reed (born January 29, 1964) is a former professional American football player. He played wide receiver in the National Football League (NFL) for 16 seasons, 15 with the Buffalo Bills (1985–1999) and one with the Washington Redskins (2000). After being eligible for eight years, Reed was selected for the Pro Football Hall of Fame in 2014.

Reed currently ranks twelfth in NFL history in total career receptions with 951. At the time of his retirement, Reed was second all-time in career receptions. In 2009, Reed was elected to the Buffalo Bills 50th Season All-Time Team.

Reed was born in Allentown and began his football career at Allentown's Dieruff High School, where he played quarterback and competed in the East Penn Conference (now known as the Lehigh Valley Conference), which is known for producing top collegiate and NFL football talent. In his senior year (1981–1982), Reed helped lead Dieruff to an EPC tri-championship, tying for the championship with Emmaus High School and Whitehall High School.

In the 1985 NFL Draft, Reed was drafted by the Buffalo Bills in the fourth round with the 86th overall selection. He played for the Bills for 15 consecutive seasons, from 1985 through 1999, during which he played in four Super Bowls for the Bills. He was released in the 2000 offseason, along with fellow longtime Bills Thurman Thomas and Bruce Smith, after the team found itself in severe salary cap trouble; the roster dump began a period of downfall from which the Buffalo Bills have yet to return to the playoffs as of the 2016 season.

In 2000, Reed signed a two-year contract with the Denver Broncos in June but was buried on the depth chart behind Rod Smith, Ed McCaffrey, Robert Brooks and Travis McGriff. Reed eventually asked for his release from the Broncos after then Broncos Head Coach Mike Shanahan informed Reed that he would be inactive for their 2000 season opener and wanted to make a more immediate contribution. He eventually joined the Washington Redskins and retired after the 2000 season.

A tribute to his incredible physical durability, Reed played in 234 NFL games between 1985 and 2000, the 59th most games played by any player in NFL history, including players in less physically demanding positions, such as kickers and punters.

In addition to the important role he played in taking the Bills to four consecutive Super Bowls, Reed is remembered particularly for his contributions to the Bills' extraordinary January 3, 1993 playoff victory over the Houston Oilers, a game that has come to be known simply as "The Comeback." In the game, which Houston led decisively 35-3 during the third quarter, Reed caught three touchdowns in the second half, leading Buffalo's rally from a 32-point deficit in what became the largest comeback in NFL history. Contributing substantially to "The Comeback", Reed finished the game with eight receptions for 136 yards and three touchdowns. The game has been enshrined in NFL history as one of the greatest games ever played. It also is recognized as one of the largest comebacks by any team in the history of all of American professional sports.

Following the Bills' victory against the Oilers, Reed went on to catch eight passes for 152 yards in the Bills' 52-17 Super Bowl XXVII loss, on January 31, 1993, to the Dallas Cowboys.

Reed became eligible for induction into the NFL's Pro Football Hall of Fame, the highest honor afforded a former NFL player, in 2006. However, he was not selected for induction in any of his first four years of eligibility, due in part to the logjam of accomplished wide receiver candidates, including Art Monk, Michael Irvin, and Cris Carter. Although Irvin, Monk and Carter are now enshrined as of 2007, 2008 and 2013 respectively, the logjam became worse than ever for Reed as he was once again overlooked in 2009, and 2010, which saw wide receiver candidates Jerry Rice and Tim Brown both eligible for the first time. Rice has long been considered one of the greatest players in league history and was almost assured of being a first ballot Hall of Famer, making 2010 a long shot for Reed. As expected, Rice was inducted, which did clear some of the logjam going forward for Reed.

In 2006, Reed was voted into the Buffalo Bills Wall of Fame, joining a number of other players from Bills history whose names are enshrined in the field-encircling cement of Buffalo's Ralph Wilson Stadium.

The 2009 induction ceremony was overwhelmingly pro-Buffalo Bills because former teammate Bruce Smith and owner Ralph Wilson were both inducted. Through the night, Reed was referred to multiple times as "future Hall of Famer" with various speeches voicing their ringing endorsement for Reed as a candidate.

On February 2, 2013, Reed failed to get voted into the Pro Football Hall of Fame. He made the cut from 15 finalists to 10 last-ballot candidates, though, while Tim Brown finished his candidacy in the group of 15. Cris Carter made the Hall of Fame.

Since his NFL retirement in 2000, Reed has provided football commentary on the ESPN2 show, First Take, and appears periodically as a football analyst on NFL on Fox. He has also appeared on the Spike TV sports series Pros vs. Joes in the show's second season.

On October 18, 2014, Kutztown University, Reed's alma mater, renamed University Field to Andre Reed Stadium in his honor in a ceremony.

Reed is mentioned in the 1996 film Jerry Maguire as one of several NFL wide receivers with lucrative contracts, as Rod Tidwell, a fictional wide receiver for the Arizona Cardinals, played by Cuba Gooding, Jr., tells his agent, played by Tom Cruise, that his contract warrants high pay.

The Andre Reed Foundation was established in 2010 to help underprivileged children reach their full potential and become responsible contributors to their communities. 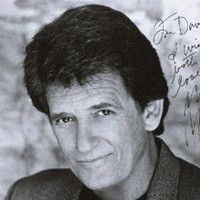 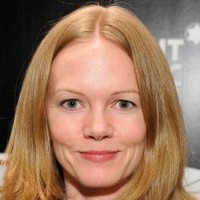 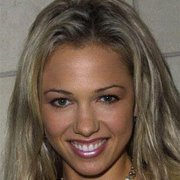