Born in Huy, the son of a motorcycle dealer, Malherbe began racing at an early age and earned his racing licence in 1973. He rode a Zündapp to win the 1973 FIM 125cc European motocross championship, and repeated as champion in 1974.

After his motocross career ended, he competed in the 1987 Spa 24 Hour round of the World Touring Car Championship. He then began to compete in rally raids. While competing in the 1988 Paris to Dakar Rally he crashed and suffered serious injuries that left him paralyzed. 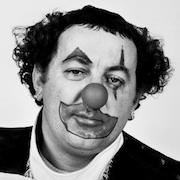