André-Charles Boulle (11 November 1642 – 28 February 1732) was the French cabinetmaker who is generally considered to be the preeminent artist in the field of marquetry, even "the most remarkable of all French cabinetmakers." His fame in marquetry led to his name being given to the fashion he perfected of inlaying brass and tortoiseshell, known as Boulle (or, in 19th-century Britain, Buhl work).

André-Charles Boulle, the son of Jean Boulle (originally called Johan Bolt) was of German origin, being born in the Duchy of Guelders. André-Charles became the most famous of his family. Boulle's skill and reputation must have begun at a comparatively early age; by age 30 he had already been granted one of those lodgings in the galleries of the Louvre which Henri IV had set apart for the use of the most favoured among the artists employed by the crown. To be admitted to these galleries not only signified a mark of special royal favor, but gave the important privilege of freedom from the trammels of the trade guilds. In 1672 Louis XIV gave Boulle the deceased Jean Macé's own lodging upon the recommendation of the minister of the arts, Jean-Baptiste Colbert, who described Boulle as le plus habile ébéniste de Paris; the patent conferring this privilege also describes him as a chaser, gilder and maker of marquetry. He received the post of premier ébéniste du Roi.

Boulle appears to have started out as a painter, since the first payment to him by the crown of which there is any record (1669) specifies ouvrages de peinture. He was employed for many years at Versailles, where the mirrored walls, the floors of wood mosaic, the inlaid paneling and the marquetery furniture in the Cabinet du Dauphin (1682–1686) were regarded as his most remarkable work. These rooms were dismantled in the 18th century and their outmoded contents dispersed, but an inventory of their ornamentation recently surfaced in the National Archives in Paris.

Low cabinets designed by Boulle returned to favour in the mid 1770s and have often been copied since.

Boulle carried out numerous royal commissions, as we learn both from the accounts of the Bâtiments du Roi and from the correspondence of the marquis de Louvois. Foreign princes and the great nobles, government ministers and financiers of his own country crowded to him with commissions, and the mot of the abbé de Marolles, Boulle y tourne en ovale, has become a stock quotation in the literature of French cabinetmaking.

Despite his distinction, the facility with which he worked, the high prices he obtained, and his workshops full of clever craftsmen, Boulle appears to have constantly lacked for money, in part the result of his obsession for collecting works of art. He did not always pay his workmen. Clients who had made considerable advances failed to obtain the fine pieces they had ordered; more than one application was made for permission to arrest him for debt under orders of the courts within the asylum of the Louvre. In 1704, the king granted him six months' protection from his creditors on condition that Boulle use the time to regulate his affairs or ce sera la dernière grace que sa majesté lui fera là-dessus. Twenty years later, one of Boulle's sons was arrested at Fontainebleau and kept in prison for debt until King Louis XV had him released.

In 1720 his finances were still further embarrassed by a fire which, beginning in another atelier, extended to his workshop in the Place du Louvre (one of three he maintained) and destroyed twenty workbenches and their associated tools of eighteen ébénistes and two menuisiers, and most of the seasoned materials, appliances, models, and finished work. The salvage was sold, and a petition for financial help was sent to the Regent, the result of which does not appear in surviving documents. According to Boulle's friend Pierre-Jean Mariette, many of his pecuniary difficulties were caused by his passion for collecting pictures, engravings, and other objects of art. The inventory of his losses in the fire, which exceeded 40,000 livres, enumerates many old masters, including 48 drawings by Raphael, wax models by Michelangelo and the manuscript journal kept by Rubens in Italy. Boulle attended every sale of drawings and engravings. He had borrowed at high interest to pay for his purchases, and when the next sale took place, fresh expedients were devised for obtaining more money. Collecting was to Boulle a mania of which, said his friend Mariette, it was impossible to cure him. He died in 1732, full of fame, years and debts.

Boulle left four sons who followed in his footsteps in more than one sense: Jean-Philippe (before 1690-before 1745), Pierre-Benoît (d. 1741), Charles-André (1685–1749) and Charles-Joseph (1688–1754). He made over the contents of his workshops to them in 1715. In spite of the fact that each was granted the title ébéniste du roi, their financial affairs were embarrassed throughout their lives, and the three last are known to have died in debt. Attribution of furniture to Boulle's workshop is hampered by the lack of documented pieces. Rather than the royal wardrobe, the Garde-Meuble de la Couronne, he worked through the Bâtiments du Roi, which did not mark new arrivals with entry numbers nor keep a detailed daybook. Of all his royal commissions, only the pair of commodes delivered for the King's use at the Grand Trianon in 1708 and 1709 (illustration, left) can be linked securely to documentation. A series of grand armoires in the Louvre Museum and the Wallace Collection are also securely attributed to his workshop. Attributions, based on the refinements of the marquetry and the re-use of marquetry templates and characteristic boldly sculptural gilt-bronze mounts, are also based on three groups of visual documents: a group of furniture designs engraved by Boulle himself and published by his friend Pierre-Jean Mariette about 1720; pieces depicted in a series of workshop drawings traditionally ascribed to Boulle in the Musée des Arts Décoratifs, Paris and private collections; and the descriptions in the inventory of works in progress made when Boulle transferred legal ownership of the workshops to his sons in 1715. The Encyclopaedia Britannica Eleventh Edition provided a lengthy appreciation of his work:

All greatness is the product of its opportunities, and the elder Boulle was made by the happy circumstances of his time. He was born into a France which was just entering upon the most brilliant period of sumptuary magnificence which any nation has known in modern times. Louis XIV, so avid of the delights of the eye, by the reckless extravagance of his example, turned the thoughts of his courtiers to domestic splendors which had hitherto been rare. The spacious palaces which arose in his time needed rich embellishment, and Boulle, who had not only inherited the rather flamboyant Italian traditions of the late Renaissance, but had ébénisterie in his blood, arose, as some such man invariably does arise, to gratify tastes in which personal pride and love of art were not unequally intermingled. He was by no means the first Frenchman to practice the delightful art of marquetry, nor was he quite the inventor of the inlay of brass or pewter and tortoiseshell which is associated with his name; but no artist, before or since, has used these motives with such astonishing skill, courage and surety. He produced pieces of monumental solidity blazing with harmonious color, or gleaming with the sober and dignified reticence of ebony, ivory, and white metal. The Renaissance artists chiefly employed wood in making furniture, ornamenting it with gilding and painting, and inlaying it with agate, cornelian, lapis lazuli, marble of various tints, ivory, tortoiseshell, mother-of-pearl, and various woods. Boulle improved upon this by inlaying brass devices into wood or tortoiseshell, which last he greatly used according to the design he had immediately in view, whether flowers, scenes, scrolls, etc.; to these he sometimes added enameled metal.

Indeed the use of tortoiseshell became so characteristic that any furniture, however cheap and common, which has a reddish fond that might by the ignorant be mistaken for inlay, was described as Buhl in the nineteenth century. The name is the invention of a British auctioneer and furniture maker. In this process, the brass is thin, and, like the ornamental wood or tortoiseshell, forms a veneer. In the first instance, the production of Boulle's work was costly, owing to the quantity of valuable material that was cut away and wasted, and, in addition, the labor lost in separately cutting for each article or copy of a pattern. By a subsequent improvement, Boulle effected an economy by gluing together various sheets of material and sawing through the whole, so that an equal number of figures and matrices were produced at one operation. Boulle adopted from time to time various plans for the improvement of his designs. He placed gold leaf or other suitable material under the tortoiseshell to produce such effect as he required; he chased the brasswork with a graver for a like purpose, and, when the metal required to be fastened down with brass pins or nails, these were hammered flat and disguised by ornamental chasing. He also adopted, in relief or in the round, brass feet, brackets, edgings, and other ornaments of appropriate design, partly to protect the corners and edges of his work, and partly for decoration. He subsequently used other brass mountings, such as claw feet to pedestals, or figures in high or low relief, according to the effect he desired to produce. These mounts in the pieces that undoubtedly come from Boulle's atelier are nearly always of the greatest excellence. They were cast in the rough; the tools of the chaser gave them their sharpness, their minute finish, and their jewel-like smoothness.

Unhappily it is by no means easy, even for the expert, to declare the authenticity of a commode, a bureau, or a table in the manner of Boulle and to all appearance from his workshops. His sons unquestionably carried on the traditions for some years after his death, and his imitators were many and capable. A few of the more magnificent pedigree-pieces are among the worlds mobiliary treasures. There are, for instance, two famous armoires, which fetched 12,075 at the Hamilton Palace sale; the marquetry commodes, enriched with bronze mounts, formerly in the Bibliothèque Mazarine; various cabinets and commodes and tables in the Louvre, the Musée de Cluny and the Mobilier National; the marriage coffers of the dauphin which were in the San Donato collection. There are several fine authenticated pieces in the Wallace Collection at Hertford House, together with others consummately imitated, probably in the Louis Seize period. On the rare occasions when a pedigree example comes into the auction room, it invariably commands a high price; but there can be little doubt that the most splendid and sumptuous specimens of Boulle are diminishing in number, while the second and third classes of his work are perhaps becoming more numerous. The truth is that this wonderful work, with its engraved or inlaid designs; its myriads of tiny pieces of ivory and copper, ebony and tortoiseshell, all kept together with glue and tiny chased nails, and applied very often to a rather soft, white wood, is not meet to withstand the ravages of time and the variations of the atmosphere. Alternate heat and humidity are even greater enemies of inlaid furniture than time and wear. Such delicate objects were rarely used, and the most talented of the artists were employed by the crown.

To be admitted to these galleries was not only to receive a signal mark of royal favor, but to enjoy the important privilege of freedom from the trammels of the trade gilds. 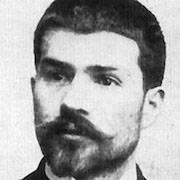