Hansen was born in Sønderborg, Denmark. He turned professional in 1995. It took him a few years to establish himself on the European Tour, with his first top 116 Order of Merit finish (the level a player requires to automatically regain his card) coming in 1999.

His maiden European Tour victory was the 2002 Volvo PGA Championship and he finished in the top 60 on the Order of Merit every year from 2000 to 2012, with a best of seventh in 2011. He has featured in the top 25 of the Official World Golf Ranking and has been the highest ranked Danish golfer.

Hansen had six top 10's in 2006 including a 3rd at the Dubai Desert Classic, playing the two final days in the leaderball with Tiger Woods and Retief Goosen, and a second at the Italian Open for the second straight year.

Hansen qualified for the PGA Tour for 2007, capturing the fourth available spot, eight strokes off the winner, George McNeill, but failed to maintain his playing rights at the end of the season.

His second European tour victory came when he won the 2007 BMW PGA Championship, the same tournament where he claimed his first victory five years before. Hansen then won his third event in 2009 at the Joburg Open, in South Africa. He came from behind on the final day with a 66, and eventually won by one stroke over Andrew McLardy. A month later he won for the second time on the Sunshine Tour at the Vodacom Championship and after strong finishes in the two European Tour co-sanctioned events at the end of the season, he headed the Order of Merit for 2009.

He retired after the 2015 European Tour season, but still played in a small number of events in 2016. 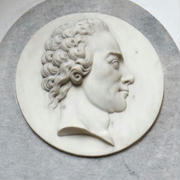