Anastasia, Princess of Löwenstein-Wertheim-Rosenberg
The basics

Anastasia is the eldest daughter of Prince Hubertus of Prussia and his second wife Princess Magdalena Reuss of Köstritz. When she was 22, her only sibling Marie Christine died from injuries resulting from a car accident. Prior to her marriage, Anastasia was a kindergarten teacher.

On 8 October 1965 in Bronnbach an der Tauber, Anastasia married Alois-Konstantin, Hereditary Prince of Löwenstein-Wertheim-Rosenberg, in a civil ceremony, and on 8 November in a Roman Catholic ceremony in Erbach. Anastasia's uncle, Prince Louis Ferdinand, head of the House of Hohenzollern, also attended. Alois-Konstantin was a law student at the time of their wedding. Anastasia converted to Roman Catholicism on 13 October 1965.

They have four children: 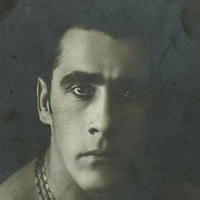