He was a most-wanted gangster with a reward of ₹10 lakh on his head. He was accused of multiple murders awell as extortion. His alleged encounter resulted in protests among in Rajasthan. His community, family, and lawyers allege that he wanted to surrender, but the police either killed him after his surrender or forced an encounter instead of letting him surrender, resulting in protest by demanding CBI investigation.

His encounter was being protested by many Rajput leaders as well as singers of Rajasthan. But in reality, he was Rawna Rajput , Rawna Rajput is an part of Rajput caste. who claim Kshatriya status.

Singh was born in Sanvrad in Rajasthan to father Hukam Singh Chouhan and mother Nirmal Kanwar in a Ravna Rajput family.

After his marriage he earned a Bachelor of Education (BEd) degree and started a cement business. He was president . He ran a dairy farm and kept more than 8 cows and buffaloes.

After Anandpal was getting married in 1992 he wanted to become a government servant and later started his cement agency business and a milk dairy.

In November 2000, the election for Ladnu Panchayat Samiti committees took place. Singh and a senior Congress leader at that time came in direct conflict. A police case was lodged against Singh for disrupting government work when he did not let a contender file nomination papers. Supporters of Singh alleged that this happened under pressure from senior police officers and politicians. He was indicted for threatening, extortion and violence to make the case non-bailable.

Anandpal got involved in the illegal liquor trade and made enemies out of his competitors. His name cropped up in the murders of Gopal Phogawat and Jeevanram Godara (2006).

Anandpal was fond of AK-47 rifles. When he was arrested at a farm house near Jaipur in 2012, he was found in possession of an AK-47, bullet-proof vests and bullets. He allegedly used an AK-47 to fire on policemen at this encounter.

He was influenced by Anuradha Chaudhary, a mastermind in his gang.

In 2012 he was imprisoned, but escaped on 3 September 2015 when he was traveling to Ajmer high security jail from a court hearing. Three masked people fired on the van in Khokhar village near Parbatsar, and Singh and two others escaped. This placed him in the top slot on the list of most wanted criminals in Rajasthan. He carried the highest cash reward Rajasthan police had ever offered Rs 10 lakh.

Rajasthan police spent crores of rupees on resources for catching the criminal.

After escaping from police custody, Anandpal was accused of killing a policeman when a police team tried to stop his vehicle in Gudha Bhagwandas.

The Rajasthan police stated that Singh and his brothers amassed wealth after entering the world of crime. "Anandpal’s brother Manjeet Singh was in prison in a murder case since 2006. He himself and another brother Vikki had been on the run from the law. There are no known source of income for the family, but Anandpal’s daughter spent nearly Rs 20 lakh on engineering studies in Dubai," said the statement. The statement further said that Anandpal's other daughter was studying at an expensive school in Pune as was his son. "There are two flats owned by the family in Jaipur’s posh colonies. Each one of them is valued more than Rs 60 lakh. The police confiscated nearly 370 bigha of land," said the statement adding that he owned properties in Kuchaman, Jaipur, Hanumangarh, Sikar and Churu. The family also owns a mine in Makarana, apart from several 'benami' properties.

Anandpal was considered unique in his status as a criminal in Rajasthan whose aides would often engage in acts of self-sacrifice. In a gang-war in Bikaner Central Jail in July 2014, his close aide, Balveer Banuda, jumped in front of bullets when Anandpal's enemies tried to shoot him.

Singh had serious charges against him, including murder, robbery and extortion. Despite having these charges on his head, he had developed Robin Hood image among people. His Facebook image uploads and his video uploads on YouTube gives evidence of his fearless life. Black goggles, black hat, moustache, beard, leather jacket and his huge and solid physical appearance resembled a Bollywood style gangster.

Anandpal was particularly known for his acts of wealth redistribution, giving to the poor and stealing from the rich. As a result of this, he got a reputation as a Robin Hood-type figure and had garnered support among some members of lower-income communities for his actions.

A recent web series from Zee5 was made in 2019 and released in December 2019 portraying the life of Anandpal.

He was interested in novels and always carried books. Super Brain and Life of Pi were said to be found by the police after his encounter in his Mahindra Scorpio.

In May 2017, Anandpal attempted to surrender. His advocates met Governor of Rajasthan, Kalyan Singh, in Jaipur who told them that he is a patriot and that if he will be given security he wanted to surrender. A fair investigation was demanded on his behalf to the Chief Justice of High Court. In the court, it was said that the injustice of leaders had led him to this situation and now all these leaders wanted him dead. Anandpal's lawyer A.P. Singh also wrote to the Chief Justice, stating that the court should conduct a fair investigation under the direction of a judge because Anandpal had not committed any crime. He added that Anandpal ran away because his companion Balveer Banuda was killed inside the jail by his enemy Raju Theth. If he had not escaped then he too would have been killed as he was not safe inside the jail. His lawyer alleged that if any lawyer in Rajasthan wants to represent Anandpal, the police overwhelm him in false cases.

As per police and government officials, he was shot dead at midnight in a raid by the Special Operations Group Anti-Terrorist Squad (India) of the Rajasthan Police at Malasar in Churu district on 24 June 2017.

His family and many others reject the official story and blame the police for his death.

Anandpal's sister, family and lawyers also said that Anandpal wanted to surrender, but government wanted him dead. They asked for protection from the government, court and police.

After his death his family refused to accept his body, sought an investigation by the CBI and demanded access to his wealth. Anandpal's lawyers alleged that the criminal was privy to 'dirty' secrets of a minister in the BJP government. They alleged that this was why he was killed, but did not name the ministers.

On 28 June 2017, Police Superintendent (Nagaur) Paris Deshmukh said that a team of police had gone to Sanvrad to give notice to Singh's relatives. However, relatives refused to accept the notice, so they pasted a notice on the house.

On 30 June 2017, a second postmortem was conducted by the order of court.

On 1 July 2017, Anandpal's family accepted the body. Police delivered it to his daughter Yogita and uncle.

Singh's dead body was not cremated until 20 days after his death, by his family members.

Due to his Robin Hood image, his death brought huge unrest in Rajasthan. Many Rajput and Rawna Rajput protested the encounter. Chaos erupted in various cities of Rajasthan including Nagaur, Sikar and Churu since 25 June 2017. The people were upset with the Government, since they wanted to get this investigated by CBI, but the government showed no interest. People criticised the decision and showed their anger through social media platforms. As a result Internet Services were suspended in Sikar, Churu and Nagaur for 6–7 days to stifle the protest.

A Joint Struggle Committee formed jointly by Ravana Rajputs and Rajput society called for a tribute meeting on 12 July 2017 while others sat on a dharna in the village.

Home minister Gulab Chand Kataria, along with home secretary Deepak Upreti, Director General of police and other officials met over the issue on 10 July 2017 to ensure the condolence meeting would go peacefully. They decided that No weapon would be allowed during the meeting so Section 144 would be imposed in the region and large number of policemen from various units including Rajasthan Armed Constabulary (RAC) would be deployed in the region.

On 12 July 2017, more than 2 lakh people gathered in Sanvrad for the condolence meeting. 6 ASPs, 14 DSPs, Station officers of all the locations of Nagaur district and 21 officers from outside of the district deployed. More than 2,500 soldiers of RAC, STF and QRT were deployed and forces from other districts were also deployed, in Didwana Ladnu area. Police were present in plain uniform. A team of doctors was posted. The area was under monitoring with drone cameras.

Rajputs and Rawna Rajput vowed not to vote for BJP in the 2018 assembly polls. Despite government efforts, violence erupted. Gunman of SP fired their weapons, which created more anger and the crowd threw stones at a police team, injuring 19, including the Nagaur SP. In the violence Haryana's Lalchand Sharma died and Mahendra Singh, a resident of Jodhpur, was critically injured. Brahmin outfits slammed the police for not finding relatives of Lalchand Sharma, so Sharma's body could be given to them.

Anandpal's funeral was handled by the police and government. On the morning of 13 July 2017, Jail Director General of Rajasthan and Rajput officer Ajit Singh tried to persuade the family to accept cremation. The notice of the Human Rights Commission was staged at Singh's house, announcing that cremation would occur within 24 hours. Police told the villagers that the funeral would take place and asked Anandpal's son to walk together. When the son refused, police took Anandpal's brother Rishiraj and his uncle with them. The police took five people of the village along and brought them to the funeral, where the proceedings were completed.

Anandpal's mother was firm that if the son's encounter would not be investigated by the CBI and he was forcibly cremated, she would burn with her son. Because of this, the police investigated secretly 20 days after his death. As soon as police left with Anandpal's body, his mother Nirmal Kanwar tried to self-sacrifice by sprinkling kerosene on herself.

Rajasthan home minister Gulab Chand Kataria refused to call for a CBI inquiry on the encounter by saying:

“How can I order a CBI probe against my own force? I’m the head of the police force. It is morally wrong for me to ask for a CBI probe against my own men, they can move to court if they want it to be probed. We are ready to face any probe but we cannot order it on our own, I was assigned a duty and police force worked on it. If the High Court or the Supreme Court orders a probe then we will face it.”

The contents of this page are sourced from Wikipedia article. The contents are available under the CC BY-SA 4.0 license.
View Anandpal Singh 's image gallery
Image Gallery 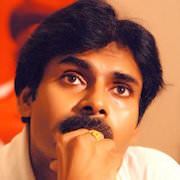 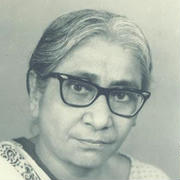