She graduated from the University of Coimbra. As a student, she collaborated on several associative activities of the Coimbra Academic Association, where she was journalist of University Journal "A Cabra" and of Coimbra University Radio. Was co-author of the television show "Conversa Privada" with Daniel Sampaio. 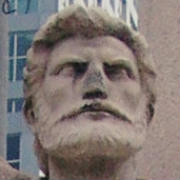