Ana Achúcarro Jiménez MAE (born 1962) is a professor of astroparticle physics and quantum field theory at the University of Leiden. Her research considers the early universe, supergravity, black holes and solitons.

Achúcarro studied physics at the University of the Basque Country and graduated in 1984. She moved to the United Kingdom for her doctoral studies, completing the Part III of the Mathematical Tripos in 1985. She was awarded the St Catharine's College, Cambridge graduate prize in mathematics. She remained in Cambridge for her PhD, working with Paul Townsend and Stephen Hawking. She was awarded the J. T. Knight Prize and a British Council Fleming Scholarship. She completed her PhD in 1988, with a thesis titled Classical Properties of Supersymmetric Extended Objects. Achúcarro remains a member of the Isaac Newton Institute for Mathematical Studies.

Achúcarro joined Imperial College London as a postdoctoral research associate in 1988. In 1989 Achúcarro was appointed assistant professor at Tufts University where she worked on cosmic strings. She showed that the presence of global symmetries in gauge theory can result in stringlike defects. Achúcarro is interested in string theory and the early universe. She joined Leiden University in 2002, and then was awarded an National Science Foundation ADVANCE lectureship at Case Western Reserve University in 2004.

Achúcarro leads the theoretical cosmology group at the University of Leiden, working on astroparticle physics and quantum field theory. She was a pioneer in the application of string theory to cosmology. In 2011 she launched Science of the Cosmos, an annual lecture series hosted by the BBVA Foundation. The lectures consider the origins of the universe. She was part of the European Cooperation in Science and Technology (COST) action on the string theory universe. She also serves on the European Science Foundation's steering committee for Cosmology in the Laboratory.

In 2015 she was awarded a €2.3 million organization for fundamental research into matter (FOM) Netherlands Organisation for Scientific Research Vrije Programma grant. She was appointed to the Galileo Galilei Institute for Theoretical Physics in 2016. Achúcarro leads the Leiden de Sitter cosmology programme, which trains young scientists in the interdisciplinary area of modern cosmology. She serves on the advisory council of the Spanish National Research Council.

She was elected a Member of the Academia Europaea (MAE) in 2011. 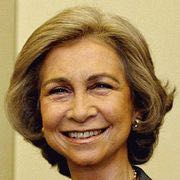 Painter, sculptor and architect of the Spanish Renaissance