Amy Johnson CBE (1 July 1903 – 5 January 1941) was a pioneering British aviator who was the first female pilot to fly alone from Britain to Australia.

Flying solo or with her husband, Jim Mollison, she set numerous long-distance records during the 1930s. She flew in the Second World War as a part of the Air Transport Auxiliary and died during a ferry flight.

Amy Johnson was born at 154 St. George's Road in Kingston upon Hull, East Riding of Yorkshire, the eldest of the four daughters of

John William Johnson, a member of the family fish merchants firm of Andrew Johnson, Knudtzon and Company, and Amy Hodge, granddaughter of William Hodge, Mayor of Hull in 1860. Johnson was educated at Boulevard Municipal Secondary School (later Kingston High School) and the University of Sheffield, where she graduated with a Bachelor of Arts degree in economics. She then worked in London as secretary to a solicitor, William Charles Crocker. She was introduced to flying as a hobby, gaining an aviator's certificate, No. 8662, on 28 June 1929, and a pilot's "A" Licence, No. 1979, on 6 July 1929, both at the London Aeroplane Club under the tutelage of Captain Valentine Baker. In that same year, she became the first British woman to obtain a ground engineer's "C" licence.

Johnson obtained the funds for her first aircraft from her father, who would always be one of her strongest supporters, and Lord Wakefield. She purchased a second-hand de Havilland DH.60 Gipsy Moth G-AAAH and named it Jason after her father's business trade mark.

Johnson achieved worldwide recognition when, in 1930, she became the first woman pilot or aviatrix to fly solo from England to Australia. Flying G-AAAH Jason, she left Croydon, south of London, on 5 May and after flying 11,000 miles (18,000 km) damaged her aircraft on landing at Darwin, Northern Territory on 24 May. The aircraft is preserved in the Science Museum, London. She received the Harmon Trophy as well as a CBE in George V's 1930 Birthday Honours in recognition of this achievement, and was also honoured with the No. 1 civil pilot's licence under Australia's 1921 Air Navigation Regulations.

Johnson next obtained de Havilland DH.80 Puss Moth G-AAZV which she named Jason II. In July 1931, she and co-pilot Jack Humphreys became the first to fly from London to Moscow in one day, completing the 1,760 miles (2,830 km) journey in approximately 21 hours. From there, they continued across Siberia and on to Tokyo, setting a record time for Britain to Japan.

In 1932, Johnson married Scottish pilot Jim Mollison, who had proposed to her during a flight together some eight hours after they had first met. In July 1932, Johnson set a solo record for the flight from London to Cape Town, South Africa in Puss Moth G-ACAB, named Desert Cloud, breaking her new husband's record.

Amy Johnson and Jason in Jhansi, India in May 1930 Her next flights were with Mollison as a duo. In July 1933, they first flew G-ACCV, named "Seafarer," a de Havilland DH.84 Dragon I nonstop from Pendine Sands, South Wales, heading to Floyd Bennett Field in Brooklyn, New York. Their aircraft ran out of fuel and crash-landed at Bridgeport Municipal Airport (now Sikorsky Memorial Airport) in Stratford, Connecticut; both were injured. After recuperating, the pair were feted by New York society and received a ticker tape parade down Wall Street.

The Mollisons also flew, in record time, from Britain to India in 1934 in G-ACSP, named "Black Magic", a de Havilland DH.88 Comet as part of the Britain to Australia MacRobertson Air Race. They were forced to retire from the race at Allahabad because of engine trouble.

In May 1936, Johnson made her last record-breaking flight, regaining her Britain to South Africa record in G-ADZO, a Percival Gull Six.

In 1938, Johnson overturned her glider when landing after a display at Walsall Aerodrome in England, but was not seriously hurt. The same year, she divorced Mollison. Soon afterwards, she reverted to her maiden name.

In 1940, during the Second World War, Johnson joined the newly formed Air Transport Auxiliary (ATA), whose job was to transport Royal Air Force aircraft around the country – and rose to First Officer. Her former husband also flew for the ATA throughout the war.

On 5 January 1941, while flying an Airspeed Oxford for the ATA from Prestwick via Blackpool to RAF Kidlington near Oxford, Johnson went off course in adverse weather conditions. Reportedly out of fuel, she bailed out as her aircraft crashed into the Thames Estuary near Herne Bay.

The crew of HMS Haslemere spotted Johnson's parachute coming down and saw her alive in the water, calling for help. Conditions were poor – there was a heavy sea and a strong tide, snow was falling and it was intensely cold. Lt Cmdr Walter Fletcher, the commander of Haslemere, dived into the water in an attempt to rescue Johnson. Fletcher failed in the attempt. As a result of the intense cold he died in hospital days later. In 2016, Alec Gill, a historian, claimed that the son of a crew member stated that Johnson had died because she was sucked into the blades of the ship's propellers; the crewman did not observe this to occur, but only supposed that it might have done. This claim has not been verified, as Johnson's body was never recovered.

A memorial service was held for Johnson in the church of St. Martin in the Fields on 14 January 1941. Walter Fletcher was posthumously awarded the Albert Medal in May 1941.

As a member of the ATA with no known grave, she is (under the name Amy V. Johnson) commemorated by the Commonwealth War Graves Commission on the Air Forces Memorial at Runnymede.

There is still some mystery about the accident, as the reason for the flight is still a government secret and there is some evidence that besides Johnson and Fletcher a third person (possibly someone she was supposed to ferry somewhere) was also seen in the water and died. The identity of the supposed third party is still unknown. Her death in an Oxford aircraft was ironic, as she had been one of the original subscribers to the share offer for Airspeed.

It has been more recently hinted her death was due to friendly fire. In 1999, it was reported that Tom Mitchell, from Crowborough, Sussex, claimed to have shot Johnson's aircraft down when she twice failed to give the correct identification code during the flight. Mitchell explained how the aircraft was sighted and contacted by radio. A request was made for the signal. She gave the wrong one twice. "Sixteen rounds of shells were fired and the plane dived into the Thames Estuary. We all thought it was an enemy plane until the next day when we read the papers and discovered it was Amy. The officers told us never to tell anyone what happened." During her life, Johnson was recognised in many ways. In June 1930, Johnson's flight to Australia was the subject of a contemporary popular song, "Amy, Wonderful Amy", composed by Horatio Nicholls and recorded by Harry Bidgood, Jack Hylton, Arthur Lally, Arthur Rosebery and Debroy Somers. She was also the guest of honour at the opening of the first Butlins holiday camp, in Skegness in 1936. From 1935 to 1937, Johnson was the President of the Women's Engineering Society.

A collection of Amy Johnson souvenirs and mementos was donated by her father to Sewerby Hall in 1958. The hall now houses a room dedicated to Amy Johnson in its museum. In 1974, Harry Ibbetson's statue of Amy Johnson was unveiled in Prospect Street, Hull where a girls' school was named after her (the school closed in 2004). In 2016 new statues of Johnson were unveiled to commemorate the 75th anniversary of her death. The first, on 17 September, was at Herne Bay, close to the site she was last seen alive, and the second, on 30 September, was unveiled by Maureen Lipman near Hawthorne Avenue, Hull, close to Johnson's childhood home. A blue plaque commemorates Johnson at Vernon Court, Hendon Way, in Cricklewood, London. Buildings named in Johnson's honour include

Other tributes to Johnson include a KLM McDonnell-Douglas MD-11 named in her honour and "Amy's Restaurant and Bar" at the Hilton hotels at both London Gatwick and Stansted airports are named after her.

In 2011 the Royal Aeronautical Society established the annual Amy Johnson Named Lecture to celebrate a century of women in flight and to honour Britain's most famous woman aviator. Carolyn McCall, Chief Executive of EasyJet, delivered the Inaugural Lecture on 6 July 2011 at the Society's headquarters in London. The Lecture is held on or close to 6 July every year to mark the date in 1929 when Amy Johnson was awarded her pilot’s licence.

Over a six-month period inmates of Hull Prison built a full-size model of the Gipsy Moth aircraft used by Johnson to fly solo from Britain to Australia. In February 2017 this went on public display at Hull Paragon Interchange.

In 2017, Google commemorated Johnson's 114th birthday with a Google Doodle. In 2017 the airline Norwegian painted the tail fin of two of its aircraft with a portrait of Johnson. She is one of the company's "British tail fin heroes", joining Queen singer Freddie Mercury, children's author Roald Dahl, England's World Cup winning captain Bobby Moore and aviation entrepreneur Sir Freddie Laker. 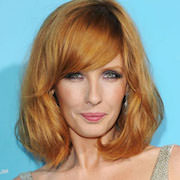