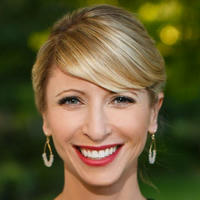 Amy Joy Casselberry Cuddy (born July 23, 1972) is an American social psychologist, author and speaker. She is known for her promotion of "power posing", a controversial self-improvement technique whose scientific validity has been questioned. She has served as a faculty member at Rutgers University, Kellogg School of Management and Harvard Business School. Cuddy's most cited academic work involves using the stereotype content model that she helped develop to better understand the way people think about stereotyped people and groups. Though Cuddy left her tenure-track position at Harvard Business School in the spring of 2017, she continues to contribute to its executive education programs.

Cuddy grew up in a small Pennsylvania Dutch town, Robesonia, Pennsylvania. She graduated from Conrad Weiser High School in 1990.

In 2002, Cuddy co-authored the proposal of the stereotype content model, with Susan Fiske and Peter Glick (Lawrence University). In 2007, the same authors proposed the "Behaviors from Intergroup Affect and Stereotypes" (BIAS) Map model. These models propose to explain how individuals make judgments of other people and groups within two core trait dimensions, warmth and competence, and to discern how these judgments shape and motivate our social emotions, intentions, and behaviors.

In 2010, Cuddy along with Dana Carney and Andy Yap published the results of an experiment on how nonverbal expressions of power (i.e., expansive, open, space-occupying postures) affect people's feelings, behaviors, and hormone levels. In particular, they claimed that adopting body postures associated with dominance and power ("power posing") for as little as two minutes can increase testosterone, decrease cortisol, increase appetite for risk, and cause better performance in job interviews. This was widely reported in popular media. David Brooks summarized the findings, "If you act powerfully, you will begin to think powerfully."

Other researchers tried to replicate this experiment with a larger group of participants and a double-blind setup. The experimenters found that power posing increased subjective feelings of power, but did not affect hormones or actual risk tolerance. They published their results in Psychological Science. Though Cuddy and others are continuing to carry out research into power posing, Carney has disavowed the original results. The theory is often cited as an example of the replication crisis in psychology, in which initially seductive theories cannot be replicated in follow-up experiments.

In December 2015 Cuddy published a self-help book advocating power posing, Presence: Bringing Your Boldest Self to Your Biggest Challenges, which built on the value of the outward practice of power posing to focus on projecting one's authentic self with the inward-focused concept of presence—defined as “believing in and trusting yourself – your real honest feelings, values and abilities.” The book reached at least as high as #3 on The New York Times Best Seller list (Advice, How-To & Miscellaneous) in February 2016. The book was translated into 32 languages.

The contents of this page are sourced from Wikipedia article on 02 Feb 2020. The contents are available under the CC BY-SA 4.0 license.
View Amy Cuddy 's image gallery
Image Gallery