Amelie Hedwig Boutard-Beese (13 September 1886 – 22 December 1925), also known as Melli Beese, was an early German female aviator. She was born in Laubegast [de], on the outskirts of Dresden, Saxony.

In 1906 Beese decided to pursue a career as a sculptor; however, she had to leave her native Germany to study, as German art schools did not admit female students. She studied instead at Stockholm’s Royal Academy from 1906 until 1909. During this period, she learned to sail and developed an affinity for skiing. When she returned to Dresden in 1909 and she began studying mathematics, shipbuilding, and aeronautic engineering. It was during this period where she developed a desire to become a pilot.

In November 1910 she traveled to Johannisthal, the first airfield to open in Berlin. Here she encountered early aviators from a variety of nations, and began to search for an instructor. In December of that year, Robert Thelens agreed to help her, but shortly afterwards he quit after Beese crashed a plane and sustained multiple injuries including broken ribs, nose and leg bones. In 1911, regulations pertaining to the flight test were made more stringent, and Beese, an inexperienced flier, found it increasingly difficult to persuade more experienced aviators to teach her.

Nevertheless, in May of that year she found a new instructor named Von Mossner, who allowed her to take complete control of an airplane for the first time. Beese, encouraged by this, sought to gain more flying time, and spoke with the director of Johannisthal to this end. The director, Major Von Tschudi, anticipated a stir in publicity if he allowed a female aviator to participate in the upcoming flight display, and so at the end of July 1911 Beese was allowed to fly unaided. She encountered several setbacks, including sabotage of her aircraft by other participating aviators. However, she did participate in the flight display, becoming the first female pilot in Germany on 13 September 1911.

Marriage and World War I

1912 was an eventful year for Beese. Following her father's death in January, Beese opened a flying school at Johannisthal airfield, with financial assistance from her mother. That same year she used her early training in architecture to design and patent a collapsible aircraft.

She worked with one of her early pupils from her flying school, Charles Boutard, on plans for a flying boat. Her relationship with Boutard became close, and the two married in 1913. After marrying Boutard, Beese became a French citizen, thus making her ineligible to work on German airfields during the war. She was eventually arrested with her husband and tried as "undesirable aliens". Charles Boutard was interned and they moved to Wittstock for the duration of the war.

After the armistice between Germany and the allies was concluded, the Boutards filed suit on claims of compensation for goods confiscated upon Charles' internment. The lawsuits continued for most of the rest of her life, although the value of the claimed compensation decreased with the hyper-inflation that Germany suffered during the Weimar period. Despite the troubles suffered due to the ongoing lawsuits and the economic troubles suffered throughout Germany, Melli planned to make a film documenting her flying. Some pieces were shot and still survive, and were included in a film made by Walter Jerven in 1940.

Beese's marriage deteriorated. By 1925, the couple had separated and Beese was living alone in Schmargendorf. Beese had an unfortunate accident the same year, crashing the airplane she was flying when she reapplied for her pilot's license. On 22 December of that year, she shot herself in her Berlin flat. She is buried in the cemetery at Berlin-Schmargendorf. There is a small memorial park named after her in Wilmersdorf, at the corner of Storckwinkel- and Schwarzbacherstraße. In 1992, Straße 19 in Treptow was renamed Melli-Beese-Straße. Also, there is an exhibition dedicated to her in the Heimatmuseum in Treptow, in the eastern suburbs of Berlin. Johannisthal airfield, where Beese began her career as an aviator, has disappeared beneath the changing landscape of Berlin; there is no trace of it other than local street names such as Pilotenstraße and Segelfliegerstraße.

The contents of this page are sourced from Wikipedia article on 10 Mar 2020. The contents are available under the CC BY-SA 4.0 license.
View Amelie Beese 's image gallery
Image Gallery 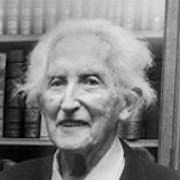