Amaury Eduardo Martínez Aguilera (born February 13, 1973) is a male volleyball player from the Dominican Republic. He participated with the men's national team in the 2007 NORCECA Championship in Anaheim, United States. His team finished in 5th place and he was awarded the "Best Libero" award.

Martínez played with Bameso at the 2004 USA Open Championship. There, his team finished with a 9-0 mark to win the Championship.

At the 2005 NORCECA Championship he was selected "Best Libero" and "Best Receiver".

In beach volleyball, he won the silver medal playing with Cristian Cabral at the 2006 Voliarena Cup, held in Santo Domingo.

Playing with the professional Dominican team Distrito Nacional, Martínez won with his club the 2007 season Championship, and he was awarded "Most Valuable Player". This year he was awarded 2007 Volleyball Player of the Year.

For the 2008 season of the Dominican Republic League, he repeated with his team the Championship and the "MVP" award. 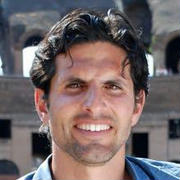