Amanda is the granddaughter of Rusty Richards, who was a member of the legendary Western singing group The Sons of the Pioneers, and began writing songs herself when only 12 years old. By 2002, she had produced and recorded an extended play album entitled Last Train which is no longer in print. This EP featured several of her early songs as well as a cover version of Van Morrison's "Wild Night". In 2004, while still attending Mount Hood Community College in Gresham, OR, Amanda released her debut full length, Not Always Sexy, to considerable regional acclaim. She followed this up with a live album entitled Live at Mississippi Studios in 2006, and her second full-length LP, Who Has Your Heart followed in 2009. During these years, Amanda also became involved in the Portland burlesque scene frequently performing under the stage name, "Demanda". In a 2011 interview, she described these burlesque appearances as helping her to "infuse more theatrics" into her live performances.

Her most recent album, Play Dead, a concept album in which Amanda stars as the only survivor of the zombie apocalypse, won an Independent Music Award for "Best Concept Album" in 2012. 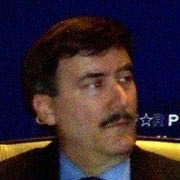