Alvin Craig Harper (born July 6, 1967) is a former football wide receiver who played in the NFL. He played college football at Tennessee, and was drafted by the Dallas Cowboys in the first round of the 1991 NFL Draft. Harper played in Dallas for four years as the Cowboys won Super Bowl XXVII and Super Bowl XXVIII, both against the Buffalo Bills.

At Frostproof High School, Harper was an outstanding football player, earning USA Today high school All-American honors as a senior in 1986. He also excelled in track and field, where he at one time held the Florida High School high jump record and won two state Class A high jumping titles, as well as basketball where he averaged 23 points and 10 rebounds per game.

He went on to the University of Tennessee, where he played college football and ran track & field.

He continued to excel in track and field, capturing the 1989 Southeastern Conference indoor high jump championship with a jump of 7 ft 2½in. He also anchored the University of Tennessee 4x100 and 4x400 metres relays.

He was drafted by the Dallas Cowboys in the first round of the 1991 NFL Draft, in order to find a receiving partner for Michael Irvin. During his rookie year, he caught 20 passes for 326 yards and one touchdown, helping Dallas finish 11–5, its first winning season since 1985.

In 1992, he rushed once for 15 yards and caught 35 passes for 562 yards and four touchdowns. He probably had the signature play of his career during the NFC Championship against the San Francisco 49ers, catching a slant route for 70 yards, setting up the Cowboys on the 10-yard line and sealing the win. He also caught a 45-yard touchdown from quarterback Troy Aikman during the 52–17 victory over the Buffalo Bills in Super Bowl XXVII, after which he dunked the ball over the goal post crossbar.

In 1993, Harper established himself as one of the best deep threats in the NFL with a 21.6 yards per catch average, and a total of 36 receptions for 777 yards and five touchdowns. He again had a key play in the NFC Championship against the San Francisco 49ers: with Troy Aikman knocked out of the game with a concussion, Dallas backup quarterback Bernie Kosar connected with Harper for a 42-yard touchdown. That year, Dallas returned to face the Bills in Super Bowl XXVIII during which Aikman completed a 16-yard pass to him to give the Cowboys a first-and-goal at the six early in the fourth quarter. That set up a one-yard-run by running back Emmitt Smith and helped seal the Bills' fate as Dallas won 30–13.

Harper's best year came in 1994, when he led the league with a 24.9 yards-per-reception average, catching 33 passes for 821 yards and eight touchdowns. However, Dallas failed to make a third consecutive trip to the Super Bowl with a 38–28 loss to the San Francisco 49ers in the NFC Championship Game.

In 1995, Harper signed a lucrative free agent contract with the Tampa Bay Buccaneers based on his big play ability and championship experience. However, although he had a career-high 46 catches his first season in Tampa, he was not able to live up to his free agent billing.

He was released before the start of 1997 season. During his two years in Tampa he was slowed by injuries and played in only 25 games where he caught 65 passes for 922 yards and three touchdowns.

In 1997 the Washington Redskins signed him, gambling that he could flourish again after being reunited with Norv Turner, but Harper played in 12 games in which he caught only two passes for 65 yards.

The Redskins released Harper before the season ended, after he had complained about his playing time following Washington's 23-20 loss to the St. Louis Rams.

The New Orleans Saints claimed Harper off waivers, but he did not play in any game.

His final season in the NFL was in 1999 when he returned to play for his former team, the Dallas Cowboys. He played only two games that year.

Harper finished his eight NFL seasons with 191 receptions for 3,473 yards and 21 touchdowns. He also rushed once for 15 yards, completed a pass for 46 yards, and recorded one interception on defense.

In 2001, Harper signed with the Memphis Maniax of the short-lived XFL. He did not finish among the league's top ten receivers in any category.

In 2005, Harper was a volunteer wide receivers coach with the NFL Europe team Rhein Fire.

The contents of this page are sourced from Wikipedia article on 27 Mar 2020. The contents are available under the CC BY-SA 4.0 license.
comments so far.
Comments
From our partners
Sponsored
Reference sources
References
http://espn.go.com/nfl/player/stats/_/id/110/alvin-harper
//www.google.com/search?&q=%22Alvin+Harper%22+site:news.google.com/newspapers&source=newspapers
//scholar.google.com/scholar?q=%22Alvin+Harper%22
https://www.jstor.org/action/doBasicSearch?Query=%22Alvin+Harper%22&acc=on&wc=on
http://www.nfl.com/player/alvinharper/2501031/profile
Trending today in 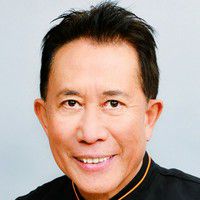 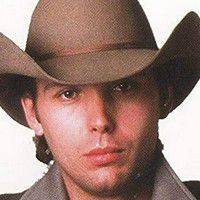 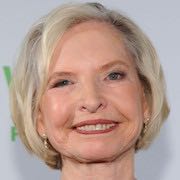