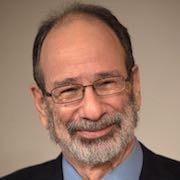 Roth has made significant contributions to the fields of game theory, market design and experimental economics, and is known for his emphasis on applying economic theory to solutions for "real-world" problems.

In 2012, he won the Nobel Memorial Prize in Economic Sciences jointly with Lloyd Shapley "for the theory of stable allocations and the practice of market design".

After leaving Stanford, Roth went on to teach at the University of Illinois at Urbana–Champaign which he left in 1982 to become the Andrew W. Mellon professor of economics at the University of Pittsburgh. While at Pittsburgh, he also served as a fellow in the University's Center for Philosophy of Science and as a professor in the Katz Graduate School of Business. In 1998, Roth left to join the faculty at Harvard where he remained until deciding to return to Stanford in 2012. In 2013 he became a full member of the Stanford faculty and took emeritus status at Harvard.

Roth is an Alfred P. Sloan fellow, a Guggenheim fellow, and a fellow of the American Academy of Arts and Sciences. He is also a member of the National Bureau of Economic Research (NBER) and the Econometric Society. In 2013, Roth, Shapley, and David Gale won a Golden Goose Award for their work on market design. A collection of Roth's papers is housed at the Rubenstein Library at Duke University.

Roth has worked in the fields of game theory, market design, and experimental economics. In particular, he helped redesign mechanisms for selecting medical residents, New York City high schools and Boston primary schools. Describing the dynamism of market design, Roth suggests that 'As the conditions of the market change, the behavior of people change and that causes old rules to be discarded and new rules to be created'.

Roth's 1984 paper on the National Resident Matching Program (NRMP) highlighted the system designed by John Stalknaker and F. J. Mullen in 1952. The system was built on theoretical foundations independently introduced by David Gale and Lloyd Shapley in 1962. Roth proved that the NRMP was both stable and strategy-proof for unmarried residents but deferred to future study the question of how to match married couples efficiently.

In 1999 Roth redesigned the matching program to ensure stable matches even with married couples.

Roth later helped design the market to match New York City public school students to high schools as incoming freshmen. Previously, the school district had students mail in a list of their five preferred schools in rank order, then mailed a photocopy of that list to each of the five schools. As a result, schools could tell whether or not students had listed them as their first choice. This meant that some students really had a choice of one school, rather than five. It also meant that students had an incentive to hide their true preferences. Roth and his colleagues Atila Abdulkadiroğlu and Parag Pathak proposed David Gale and Lloyd Shapley's incentive-compatible student-proposing deferred acceptance algorithm to the school board in 2003. The school board accepted the measure as the method of selection for New York City public school students.

Working with Atila Abdulkadiroğlu, Parag A. Pathak, and Tayfun Sonmez, Roth presented a similar measure to Boston's public school system in 2003. Here the Boston system gave so much preference to an applicant's first choice that were a student to not receive her first or second choice, it was likely that she would not be matched with any school on her list and be administratively assigned to schools which had vacancies. Some Boston parents had informally recognized this feature of the system and developed detailed lists in order to avoid having their children administratively assigned. Boston held public hearings on the school selection system and finally in 2005 settled on David Gale and Lloyd Shapley's incentive-compatible student-proposing deferred acceptance algorithm.

Roth is a founder of the New England Program for Kidney Exchange along with Tayfun Sonmez and Utku Unver, a registry and matching program that pairs compatible kidney donors and recipients.

Kidney exchange enables transplantation where it otherwise could not be accomplished. It overcomes the frustration of a biological obstacle to transplantation. For instance, a wife may need a kidney and her husband may want to donate, but they have a blood type incompatibility that makes donation impossible. Now they can do an exchange. And we've done them. Now we are working on a three-way exchange.

Because the National Organ Transplant Act forbids the creation of binding contracts for organ transplant, steps in the procedure had to be performed roughly simultaneously. Two pairs of patients means four operating rooms and four surgical teams acting in concert with each other. Hospitals and professionals in the transplant community felt that the practical burden of three pairwise exchanges would be too large. While the original theoretical work discovered that an "efficient frontier" would be reached with exchanges between three pairs of otherwise incompatible donors, it was determined that the goals of the program would not be sacrificed by limiting exchanges to pairs of incompatible donors. A 12-party (six donors and six recipients) kidney exchange was performed in April 2008.

Roth is married and has two sons. His elder son, Aaron Roth, is a professor of computer science at the University of Pennsylvania. As of 2015, his younger son, Ben Roth, is an Assistant Professor of Business Administration at Harvard Business School.

Roth is the author of numerous scholarly articles, books, and other publications. A selection:

Roth has published over 70 articles in peer reviewed journals. According to Scopus, the most widely cited have been:

The contents of this page are sourced from Wikipedia article on 07 Mar 2020. The contents are available under the CC BY-SA 4.0 license.
View Alvin Eliot Roth 's image gallery
Image Gallery 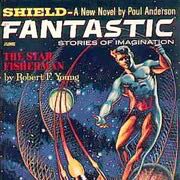