Alton Alexis (born November 16, 1957) is a former professional gridiron football wide receiver who played for the Cincinnati Bengals of the National Football League in 1980. He also played 18 games with the Calgary Stampeders of the Canadian Football League from 1981 to 1982. Alexis scored five touchdowns with the Stampeders with 30 catches for 535 yards.

Alexis played in 1984 and 1985 with the Jacksonville Bulls of the USFL.

In 2016 Alexis was convicted of bankruptcy fraud and sentenced to 16 months in federal prison.

The contents of this page are sourced from Wikipedia article on 15 May 2020. The contents are available under the CC BY-SA 4.0 license.
comments so far.
Comments
From our partners
Sponsored
Reference sources
References
https://www.justice.gov/usao-ndtx/pr/fort-worth-man-sentenced-16-months-federal-prison-making-false-statement-bankruptcy
http://www.nfl.com/players/ALE786852
https://www.pro-football-reference.com/players/A/AlexAl20.htm
Trending today in 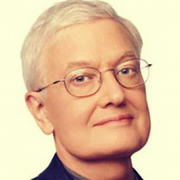