Alois Seyfried was born in Brunn am Gebirge (Austria) on 27 May 1856 to father Franz and mother Caroline née Herger. On 1 August 1886 he was appointed temporary executioner (provisorischer Scharfrichter) for Bosnia, which was then under Austro-Hungarian occupation in accordance with the Treaty of Berlin (1878). On 1 February 1897 Seyfried became the permanent State Executioner for Bosnia. After the First World War, Bosnia became a part of the newly created Kingdom of the Serbs, Croats and Slovenes (Yugoslavia). Seyfried remained in the service of the new government until his retirement in 1922. Upon retirement, he stayed in Sarajevo until 1930, when he left for his hometown in Austria, where he died on 9 October 1938.

Seyfried’s two brothers – Jozef (b. 1854) and Rudi (1852-1892) – also worked as executioners in Austria-Hungary. All three had inherited their trade from the Viennese hangman Heinrich Willenbacher, who was either their uncle or Rudolf’s father-in-law. Alois once claimed to have been apprenticed to the Viennese executioner Joseph Lang before leaving for Bosnia. Seyfried was married and had at least one son. According to a news report, his wife was a snake charmer. His son was an amateur painter. Alois himself played the zither and composed musical pieces. His favourite composers were Schubert and Chopin.

The contents of this page are sourced from Wikipedia article on 09 Mar 2020. The contents are available under the CC BY-SA 4.0 license.
comments so far.
Comments
From our partners
Sponsored
Reference sources
References
http://www.pfarrebrunn.at/
http://www.smrtnakazna.rs/en-gb/topics/theexecutioners/aloisseyfried.aspx
Trending today in 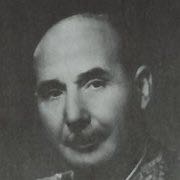