Alois Hadamczik (born June 20, 1952) is a Czech ice hockey coach. He is the former head coach of Czech national team. His brother Evžen was a successful football manager.

Hadamczik had an unremarkable playing career, his highest playing league was in the second division.

For clubs, Alois Hadamczik coached for Sparta Praha, Vítkovice, Třinec, Olomouc, Füssen (in Germany) and Sonthofen (also in Germany). Now, he is a Head coach of the Kometa Brno.

For international, Alois Hadamczik became head coach of Czech junior team in 2003, with which he won bronze medal in the 2005 World Junior Championships. He became head coach of the national "A" team in 2006, and this team won bronze medal during the 2006 Olympics. He was also coach during the 2007 and 2008 World Championships.

The contents of this page are sourced from Wikipedia article. The contents are available under the CC BY-SA 4.0 license.
View Alois Hadamczik 's image gallery
Image Gallery 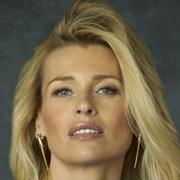