Read was born in Shelburne, Vermont. He graduated from Williams College in Williamstown, Massachusetts in 1811. He served as county clerk from 1815 to 1820. He studied law, was admitted to the bar in 1816 and commenced practice in Montrose, Pennsylvania.

The contents of this page are sourced from Wikipedia article on 15 May 2020. The contents are available under the CC BY-SA 4.0 license.
comments so far.
Comments
From our partners
Sponsored
Reference sources
References
https://www.legis.state.pa.us/cfdocs/legis/BiosHistory/MemBio.cfm?ID=4389&body=S
https://www.findagrave.com/memorial/12525258/almon-heath-read
http://bioguide.congress.gov/scripts/biodisplay.pl?index=R000090
http://politicalgraveyard.com/bio/read.html
https://id.loc.gov/authorities/names/no89010751
https://viaf.org/viaf/58635066
https://www.worldcat.org/identities/lccn-no89010751
Trending today in 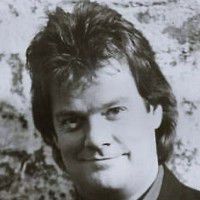