Almaz Sharman (born January 1, 1960) is the President of the Academy of Preventive Medicine of Kazakhstan and the co-founder of HealthCity network of clinics. Ethnic Kazakh and a citizen of the United States, Sharman has more than 30 years experience in biomedical and clinical science, and healthcare management.

Sharman graduated from Asfendiyarov National Medical University with a M.D. diploma (1982), and defended his M.S. dissertation in 1985 and his Ph.D in 1991.

Sharman worked at the University of Alabama at Birmingham as a member of international team of biomedical researchers on a US National Institutes of Health funded study of mucosal immunology and oral vaccine development (1991 – 1993). The main focus of his research was on experimental models of hapten-induced Inflammatory bowel disease and studying intraepithelial lymphocytes.

Between 1994 and 2001, Sharman worked at International Demographic and Health Survey. He designed a methodology for integrated population-based HIV-testing which was implemented in several developing countries and has become a standard methodology for international demographic and health surveys. HIV testing data generated by using this methodology was recently used by UNAIDS to lower the estimate of the number of people afflicted by HIV in the world by 7 million cases. A multinational study of the anemia prevalence among women and children implemented under his leadership has led to improved anemia control and prevention and reproductive health programs in several countries in Central Asia, Egypt, and India.

Sharman was involved in university teaching as Associate at the Johns Hopkins University's Bloomberg School of Public Health.

In 2001-2004 Sharman worked as Infectious Disease Advisor for US Agency for International Development (USAID) Regional Office for Central Asia. He provided technical advice and helped to develop and implement infectious disease prevention and control activities in Kazakhstan, Uzbekistan, Kyrgyz Republic, Tajikistan and Turkmenistan. In 2004 – 2006 Almaz Sharman was USAID Country Office Coordinator for Kazakhstan; he served as a primary liaison official for the US Government assistance program with the Government of Kazakhstan, U.S. Embassy, USAID contractors and grantees, and international donor organizations.

During the last several years, Sharman concentrated on healthcare management and academic medicine. He was founding CEO of the National Medical Holding, a project initiated in Kazakhstan's capital city of Astana with six modern hospitals including National Centers for Cardiac Surgery and Neurosurgery. Under his management NMH hospitals have become accredited by the Joint Commission,. Currently, Almaz Sharman serves as a member of the board of the National Center for Cardiac Surgery where the doctors have performed implantations of heart Ventricular assist devices, Heart transplantation and other technologies.

In 2012 Almaz Sharman was elected President of Academy of Preventive Medicine, Kazakhstan's leading non-governmental multidisciplinary organization which addresses major public health concerns in Kazakhstan. He is current member of the American Public Health Association. In 2014, Dr. Sharman co-founded HealthCity LLC, a private network of community-based centers for personal medicine and a diagnostic clinic in Amaty, Kazakhstan. He also founded Medtronic country office for Kazakhstan, and coordinates the development of a private hospital with Capital Partners, Kazakhstan's leading development company.

Dr. Sharman is the member of International Commission on tuberculosis and co-author of the report entitled “Building a tuberculosis-free world: The Lancet Commission on tuberculosis”. The report, that was published in prestigious international medical journal The Lancet, sets out targets to eliminate tuberculosis within a generation. Authors stress the need for accountability in TB - assessing progress in 10 high burden countries and announcing the launch The Lancet TB Observatory – an independent annual report evaluating progress towards the 2022 UN High Level Meeting targets.

Dr. Sharman designed www.symptomaster.com, a technology product that helps patients to assess more than 100 symptoms and to make informed decisions about their health. In addition, he developed www.zdrav.kz, an extensive medical database of more than 1000 diseases and conditions. He is also a co-author of www.medintel.kz, an interactive decision support tool for doctors allowing to expand a differential diagnosis using artificial intelligence technology.

Dr. Sharman is involved in charity work. He is Chairman of the Board of Asyl Miras Charity Foundation. Asyl Miras Foundation provides assistance to children with autism. Almaz Sharman is a member of Scientific Advisory Board for Spoon Foundation which addresses nutritional needs of disadvantaged children.

Almaz Sharman is married to Dana Sharman who is a medical doctor with MPH degree from the Johns Hopkins University's Bloomberg School of Public Health. She is director of Global Technology Network, a company that promotes telemedicine, geographic information systems, survey research and mobile technologies in healthcare. The Sharmans have two sons: Torehan (born in 1991), who graduated from the University of Michigan, College of Engineering, and Oskar (born in 1993), who graduated from George Washington University, School of Business. Sharman's niece Alua, whom he adopted (born in 1982), graduated from University of Maryland at College Park. From her Sharman has grandson, Connor (born in 2006). They live in Baltimore, MD.

Preventive medicine is key to Healthcare in Kazakhstan, says professor of medicine. The Astana Times, 23 December 2013.

Modernization and growth in Kazakhstan (editorial) Sharman, A. Central Asian Journal of Global Health, 2012, Vol 1, No 1.

Anemia among women and children. Sharman, A. Goldberg, H. in: Centers for Disease Control and Prevention and ORC Macro. 2003.

The contents of this page are sourced from Wikipedia article on 28 Jun 2020. The contents are available under the CC BY-SA 4.0 license.
View Almaz Sharman 's image gallery
Image Gallery 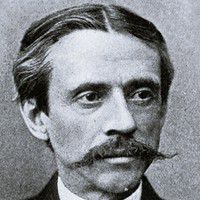 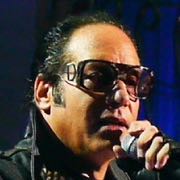 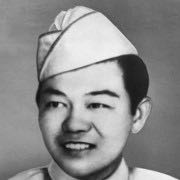