Allan Jay Lichtman (/ˈlɪktmən/; born April 4, 1947) is an American political historian who teaches at American University in Washington, D.C. He is mostly known for correctly predicting eight of the last nine results for United States presidential elections since 1984, including the widely mispredicted 2016 U.S. presidential election.

In 2006, he ran for the United States Senate in Maryland, but lost in the primary. He was named by American University as the Distinguished Professor of History in 2011, and as Outstanding Scholar / Teacher for 1992–93, the highest faculty award at that school. He is the author of numerous books and has published over 100 articles. A model he created with Russian seismologist Vladimir Keilis-Borok, known as The Keys to the White House, was designed to predict whether the candidate of an incumbent party would win the next election for the U.S. president.

In April 2017, Lichtman authored the book The Case for Impeachment, laying out multiple arguments for the impeachment of Donald Trump.

Lichtman began teaching at American University in 1973, rising to chair of the History Department, and was named Scholar/Professor of the Year in 1993.

Outside of the classroom, Lichtman has testified as an expert witness on civil rights in more than 70 cases for the U.S. Department of Justice and for civil rights groups such as the NAACP, the Mexican-American Legal Defense and Education Fund and Puerto Rican Legal Defense and Education Fund, and the Southern Poverty Law Center. He also consulted for Vice President Al Gore and Senator Edward Kennedy. He assisted the U.S. Commission on Civil Rights investigation into voting irregularities in Florida during the 2000 election, submitting an extensive report of his statistical analysis of balloting problems. Lichtman concluded "there were major racial disparities in ballot rejection rates".

Also, in the early 1980s while living in California as a visiting professor at the California Institute of Technology, Lichtman had a 17-show stint on the game show Tic Tac Dough. He won $100,000 during his time on the show.

Lichtman is the author or co-author of ten books and more than 100 articles. He is best known for the "Keys" system, presented in his books The Thirteen Keys to the Presidency and The Keys to the White House. The system uses thirteen historical factors to predict whether the popular vote in the election for President of the United States will be won by the candidate of the party holding the presidency (regardless of whether the president is the candidate). The keys were selected based on their correlations with the presidential election results from 1860 through 1980, using statistical methods adapted from the work of geophysicist Vladimir Keilis-Borok for predicting earthquakes. The system then correctly predicted the popular vote winner in each of the elections since 1984. In 2000, he inaccurately predicted using his system that Gore would be the next president. Lichtman has provided commentary for networks and cable channels such as CNN, MSNBC, and Fox News. In the 2016 election Lichtman predicted that Trump would win the popular vote (Trump ended up winning in the electoral college while losing the popular vote).

In April 2017, Lichtman authored the book The Case for Impeachment, laying out multiple arguments for the impeachment of Donald Trump. The Financial Times gave The Case for Impeachment a positive review, writing: "Lichtman's powerful book is a reminder that we are only at the start of the Trump investigations." The Washington Post called it "striking to see the full argument unfold". New York Journal of Books recommended it as a resource, "if you are a member of Congress trying to grapple with all that this administration has wrought." CounterPunch characterized the work as "a brilliant analysis of every fraudulent act". The Hill gave the author praise, writing: "Lichtman has written what may be the most important book of the year." CBC News consulted law scholars that said the fulfillment of Lichtman's impeachment prediction was unlikely, especially with a Republican-controlled U.S. House of Representatives.

On September 28, 2005, Lichtman formally announced his candidacy for the United States Senate from Maryland as a Democrat. He ran as a progressive, opposing the War in Iraq, calling for an immediate and safe withdrawal of U.S. troops.

Lichtman used innovative approaches to reach voters and supporters during the campaign, including MySpace and a web ad where he jumped in a lake. When he and other candidates were not invited by the League of Women Voters to a debate, Lichtman went to the Maryland Public Television studio and protested; he, his wife, and campaign volunteer Gail Dobson were arrested. On October 19, 2006, the three were found Not Guilty on all charges.

Lichtman lost in the primary to Ben Cardin. According to the final tally, he received 6,919, or 1.2% of the vote, landing him in 6th place in a field of 18. In October 2012, the Washington Post reported that he was still paying off a mortgage he took out in order to help fund his campaign.

Lichtman devised a model with Vladimir Keilis-Borok to predict the result of the US presidential election; the model is called The Keys to the White House. The model does not make separate predictions for the popular vote winner and the electoral college vote winner. It seeks to predict whether the incumbent party will win the electoral college and retain the White House. In eight of the nine U.S. presidential elections from 1984 to 2016, the prediction was accurate for the actual winner. The single failure was the 2000 election, where the model predicted a victory for incumbent party nominee Al Gore. Al Gore won the popular vote, but narrowly lost the electoral college. In 2016 it predicted at first victory for challenger party nominee Donald Trump but then announced that Trump could lose, although qualifying that prediction with a high degree of uncertainty due to the noisiness of the data. Despite the successful predictions of the system, during interviews with The Washington Post in September and late October 2016, Lichtman said that Trump is such an unusual candidate that even if the keys point to a Republican victory, they might be wrong given the unusual circumstances.

Lichtman has received numerous awards at American University during his career. Most notably, he was named Distinguished Professor of History in 2011 and Outstanding Scholar/Teacher for 1992–93, the highest faculty award at that school. Honors include:

The contents of this page are sourced from Wikipedia article on 15 May 2020. The contents are available under the CC BY-SA 4.0 license.
View Allan Lichtman 's image gallery
Image Gallery 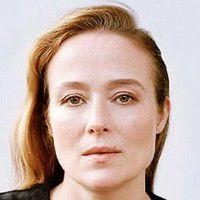