Alka Lamba (born 21 September 1975 in New Delhi) is an Indian politician of the Aam Aadmi Party (AAP). She is former President of Delhi University Students Union, former National President of National Students Union of India, former General Secretary of Delhi Pradesh Congress Committee and former Secretary of All India Congress Committee. Lamba is Chairperson of NGO 'Go India Foundation'.
After serving the Indian National Congress in various capacities for 20 years, she quit to join the AAP on 26 December 2013. In February 2015, Lamba was elected to the Delhi Legislative Assembly from Chandni Chowk.

Lamba was born on 21 September 1975 to Amar Nath Lamba and Raj Kumari Lamba. She completed her schooling from Government Girls Senior Secondary School No. 1, Delhi. Then she studied at Delhi University, Dyal Singh College, Delhi and St. Stephen's College, Delhi earning an MSc in Chemistry as well as an MEd.

Lamba began her political career in 1994 when she was in second year of BSc where she joined the National Students Union of India (NSUI) and had taken the responsibility as Delhi State Girl Convener. After one year in 1995, she contested the Delhi University Students Union(DUSU) election for the post of President and won by a huge margin. In 1996 she worked as All India Girl Convener for NSUI and in 1997 she was appointed as the President of all India NSUI.

In 2002, she was appointed as the General Secretary of All India Mahila Congress. In 2003, she unsuccessfully contested Delhi Assembly elections from Moti Nagar Constituency against the senior BJP leader Shri Madan Lal Khurana. In 2006 she became a member of All India Congress Committee (AICC) and appointed as General Secretary of Delhi Pradesh Congress Committee (DPCC). At the same time she was also appointed as Vice Chairperson of National Institute of Public Cooperation and Child Development (NIPCCD), autonomous body of Ministry of Women and Child Development, Government of India. She was a Secretary All India Congress Committee (AICC) at the Indian National Congress from 2007 to 2011. She left Indian National Congress in December 2013 to join Aam Aadmi Party. In February 2015, Lamba contested in Delhi Legislative Assembly election from Chandni Chowk constituency on Aam Aadmi Party's ticket. She defeated her nearest rival Suman Kumar Gupta of Bharatiya Janata Party by margin of 18,287 votes.

Representing National Commission for Women on 16 July 2012, as one of the member of the enquiry team of 2012 Guwahati molestation case, Lamba met the victim of Guwahati molestation case, held a press-conference and revealed the victim's identity. The 'tip-off' made local media houses work overtime to find the victim's real identity. Some TV channels interviewed the victim's neighbours to come to the conclusion that the girl's name was not what she was forced to say by the channel that recorded her molestation and near-stripping. Such acts of hers were widely criticised. Following this, she was removed from the fact-finding committee of NCW.

Lamba started a non-governmental organisation 'Go India Foundation' in 2006 with the aim of empowering youths and encourage them to take part in political, social and economic development of India. The NGO also deals with women's issues. Lamba is Chairperson of this Go India Foundation (GIF). The organisation arranged blood donation campaign in 250 districts of India on 15 August 2010, 63rd Independence Day of India with aim to collect 63000 unit blood and made a record when over 65,000 people donated blood in one day throughout the nation and worldwide. The campaign was promoted by famous Bollywood personalities including Salman Khan, Ritesh Deshmukh, and Dia Mirza. On the appeal by Salman Khan, Aamir Khan and many Bollywood celebreties had donated blood to make the campaign successful. Russian Ambassador to India Alexander Kadakin had also appreciated and extended his support to this blood donation campaign.

Lamba has visited UK, Russia, US, China, Venezuela to attend seminars and give speeches about women empowerment, Human Rights and Sustainable Development in third world nations. In 2005, Lamba visited Venezuela to attend World Festival of Youth and Students. In 2006, she visited USA to attend conference on International women leadership program. In 2007 and 2008, she visited London to attend UN's International Widows Day and tourism and cultural festival. In 2008–2009, Lamba visited Nepal to attend seminar on Disaster Management Program. In 2010, Lamba travelled across Brunei, Singapore, Bangladesh, Sri Lanka, Malaysia and Maldives with the 2010 Delhi Commonwealth Games Queen's Baton Relay. 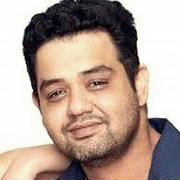 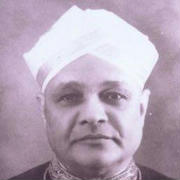 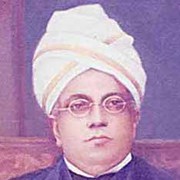 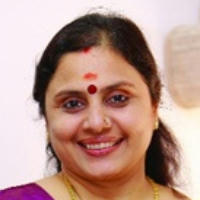