Aziz was educated at Ahmadu Bello University, Zaria, and he is an alumnus of Harvard and Stanford universities. Aziz holds membership of American Society of Mechanical Engineers (ASME), and Nigerian Society of Engineers (NSE). Aziz was Deputy Director, Information Technology at the Bureau of Public Enterprises (BPE), who formulated and executed the Nigerian Government’s privatization policy.  He held Technical Chairmanship position on the Presidential Committee for Harmonisation of Information Communication Technology, ICT which established Galaxy Backbone, a government agency that is responsible for the establishment and maintenance of a unified IT infrastructure for Ministries, Departments and Agencies of Federal Government of Nigeria. In his engineering career Aziz designed several national edifices that are very visible in the Nigerian capital, Abuja including Energy Commission office complex. The building has a unique architectural design which rises to 5-storey in sections and 12-storey in other sections above the surrounding natural ground.

Aziz was born in his native Gembu, Mambilla Plateau area of Taraba State, Nigeria. He received early education at Ganye 1 primary school and Government Secondary school Ganye Adamawa State. He enrolled in the School of Basic Studies Zaria where he obtained ‘A’ level qualification before moving to Ahmadu Bello University Zaria, Kaduna state graduating with a B.Eng. second class upper division in Civil Engineering in 1983. In 1985 he earned NCC Certificate of System Analysis and Design and M.Sc in Structural Engineering, Ahmadu Bello University, Zaria in 1987.

Aziz is an alumnus of Harvard and Stanford universities, IMD, and Lagos Business School, where he obtained several specialized certifications. Aziz is a Fellow of the Nigerian Institute of Structural Engineers (NIStructE) and holds National Vice President position of the institute. He holds memberships of several other professional bodies including the Nigerian Society of Engineers (NSE), American Society of Mechanical Engineers (ASME), Computer Association of Nigeria (CAON) and the Internet Society (ISOC).

Aziz started his engineering career in the public institution as a Graduate Assistant in the Civil Engineering department of Ahmadu Bello University, Zaria.  In 1987, Aziz left public institution to join a private firm Mai and Associates as a pupil engineer and rose to the rank of project engineer. Aziz was involved in several civil and structural engineering projects in the Nigerian capital, Abuja including National Universities Commission Secretariat, NEPA Headquarters, and Nigeria Ports Authority Headquarters.

After leaving Mai and Associates,   Aziz joined a group of friends in 1992 to found an engineering firm, Integrated Engineering Associates and became a principal partner responsible for computer applications for structural engineering design and drafting. Aziz was credited for designing customised computer programmes such as spreadsheets, database, AutoCAD and AutoLISP and Management Information Systems for the exclusive use of the firm. Aziz is a computer programmer and writes in several programming languages including BASIC, FORTRAN, APL, C++, LISP and JAVA.

Aziz was a Principal Consultant on a Joint Venture partnership with Afri-Projects Consortium, consulting for the Petroleum (Special) Trust Fund (PTF) an agency of the government of Nigeria and was responsible for the Management Information Systems Department as its Head. There, he oversees all computer and database related activities in the organisation. In 2000, Petroleum Trust Fund was dissolved and Afri-Projects Consortium consultancy contract with it was terminated. Aziz left the firm and founded Integrated Systems Solution Limited that focuses on rendering Information Technology (IT) solutions.

At the Bureau of Public Enterprises, BPE Aziz was a Deputy Director in charge of Information Technology saddled with the task of formulating the agency’s Information Technology strategy, frameworks and implementation for a successful overhaul of government’s privatisation policy. Several assets belonging to the government of Nigeria were privatised for efficiency but many of the privatised assets are operating below capacity.

In 2006 Aziz was Information Technology Adviser to the Minister of Nigeria's Federal Capital Territory, (FCT) Nasir Elrufai. Aziz is recognised as the initiator of the e-government system in the FCT ministry which won a Microsoft award in 2006. Aziz was also a Director in the office of the Secretary to the Government of the Federation (SGF) where he served in the Presidential Implementation Committee, charged with implementing Government Decisions on Consumer Credit System, National Outsourcing Initiative and Harmonization of Identification Schemes in Nigeria. The committee oversaw the setting up of the National Identity Management Commission in 2007. Later Aziz became a pioneer staff and rose to the rank of Director, Information Technology/Identity Database (IT/IDD); a position he held until his retirement in 2014.

In November 2015, Aziz was appointed Director General/Chief Executive Officer of Nigeria National Identity Management Commission (NIMC) by President Muhammadu Buhari for a four year term. In 2019, Aziz was re-appointed to a second term.

In April 2019, Aziz obtained for the commission, the highest global standards for Information Security Management System (ISMS) in its determination to ensure the security of data and information obtained from citizens. And in March 2019 Aziz announced that the commission was opening enrollment centres in foreign countries to capture Nigerians in Diaspora in the National Identity Database (NIDB). 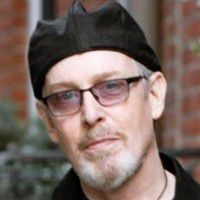 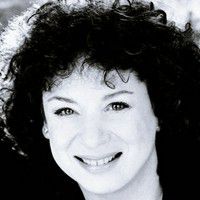 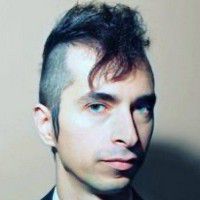 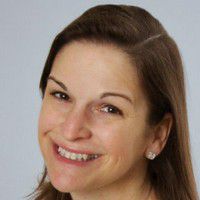 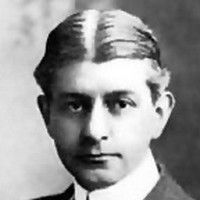