Born in Royal Tunbridge Wells, Kent, to Peter and Sally (née Cooper) Appleton, the younger of two sons. Alistair was brought up in Lee-on-the-Solent, Hampshire. As a boy he sang in the church choir at St Faith's. He earned ten O-levels and three A-levels at St John's College, Portsmouth. In 1988 he went to Gonville and Caius College, Cambridge where he studied for a degree in English Literature.

On graduating with a 2.1, Appleton left the UK for Poland, where he took to writing poetry and helped to edit a children's anthology, as well as teaching at the University of Gdansk. He later taught English in eastern Germany and worked as a translator and journalist for Deutsche Welle television. Appleton broke into television with Deutsche Welle, and eventually became the frontman of the channel's youth current-affairs show Heat.

Appleton also did some acting, including a role in Footballers' Wives, during 2002. In 2005 he completed The Man Who Drank the Universe, a short documentary on the entheogen ayahuasca, an ancient plant brew from the Amazon.

Since 2000, Appleton has pursued a serious interest in meditation and has trained mainly in the Buddhist tradition. Since 2004, he has also drawn inspiration from outside the Buddhist world, working with ayahuasca at the Spirit Vine Ayahuasca Retreat Center in Brazil. He is currently studying with the contemporary Vajrayana teacher, Reggie Ray. In 2014, he completed an MA in Advanced psychotherapy at the Minster Centre in London and he now practises as a psychotherapist in Brighton.

In early January 2007, Appleton appeared in BBC America promotions for the fourth series of Cash in the Attic, even though he did not appear in that series. Since 2007, he has been one of the presenters for Escape to the Country on BBC television. He has also been host of the Orchestra of the Age of Enlightenment's late night concert series The Night Shift at London's South Bank.

In January 2016, he appeared on BBC One's Celebrity Mastermind, where he came joint second with 21 points, with a specialist subject of 20th-century European classical music.

Appleton is openly gay, and came out at university. In an article in Gay Times, however, he admits he only fully accepted his sexuality when he lived in Poland and Germany. In 2000, he converted to Buddhism, and teaches meditation in retreats and classes across the UK – notably, on the Holy Island, his spiritual home. He is also founding chairman of the Shoreditch Morris Dancing Society. Appleton speaks four languages: English, French, German and Brazilian Portuguese as well as a little Polish.

The contents of this page are sourced from Wikipedia article on 27 Apr 2020. The contents are available under the CC BY-SA 4.0 license.
View Alistair Appleton 's image gallery
Image Gallery 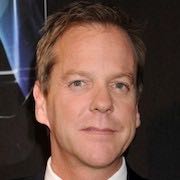 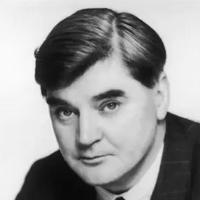 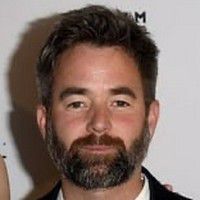