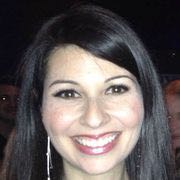 Alison Michelle Rosen (born May 11, 1975) is an American podcaster, writer, and television personality. She grew up in Orange County, California and graduated from Pomona College in 1997. She lives in Los Angeles. As a freelance writer, Alison has written articles for several magazines including Rolling Stone, People, and Village Voice. From 1999 to 2002, she worked for the OC Weekly as a writer and an editor. After moving to New York, Alison Rosen was a writer and editor for Time Out New York. She has appeared as a guest and television personality for programs on CNN and Fox News.

In 2011, Alison Rosen replaced Teresa Strasser as the newsgirl for The Adam Carolla Show. In February 2012, Alison launched her own podcast Alison Rosen is your New Best Friend, which releases episodes twice a week. On Monday episodes, Alison hosts a one-on-one interview with her guest, including television celebrities, comedians, other podcasters, and political commentators. Within a few months, the podcast reached over one million downloads. In August 2013, the podcast was ranked #25 on the iTunes comedy podcast chart, and #121 on the overall iTunes podcast chart. In 2015, the first podcast episode of the year, it was announced that Alison would no longer be with The Adam Carolla Show.

In February 2017, she and her husband Daniel had a son. In 2018, she launched a new podcast Childish with comedian Greg Fitzsimmons.

The contents of this page are sourced from Wikipedia article. The contents are available under the CC BY-SA 4.0 license.
comments so far.
Comments
Reference sources
References
http://alisonrosen.com/
http://alisonrosen.com/resume/
http://blogs.ocweekly.com/navelgazing/2012/05/alison_rosen_1_million_downloa.php
https://itunes.apple.com/us/podcast/childish/id1440327855
https://www.thewrap.com/alison-rosen-adam-carolla-show-podcast-news-girl-sidekick-gina-grad/
Trending today in

Developed indigo as a cash crop in in colonial south carolina. 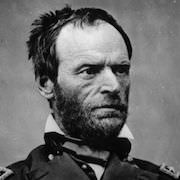 US tennis player and actor