Valli was born in Pola, Istria, Italy (today Pula, Croatia; until 1918 it had formed part of Austria-Hungary). Her paternal grandfather was the Baron Luigi Altenburger (also: Altempurger), an Austrian-Italian from Trento, a descendant of the Counts d'Arco; her paternal grandmother was Elisa Tomasi from Trento, a cousin of the Roman senator Ettore Tolomei. Valli's mother, Silvia Oberecker della Martina, born in Pola, was the daughter of Felix Oberecker (also: Obrekar) from Laibach, Austria (now Ljubljana, Slovenia); her mother was Virginia della Martina from Pola, Istria (then part of Austria). Valli's maternal granduncle, Rodolfo, was a close friend of Gabriele D'Annunzio. Valli was christened Baroness Alida Maria Laura Altenburger von Marckenstein-Frauenberg. During her lifetime she also gained the titles Dr.h.c. of the III. University of Rome, Chevalier of Arts of France and Cavaliere of the Italian Republic. Alida Valli with Farley Granger, scene from the film Senso, 1954

At fifteen, she went to Rome, where she attended the Centro Sperimentale di Cinematografia, a school for film actors and directors. At that time, she lived with her uncle Ettore Tolomei. Valli started her movie career in 1934, in Il cappello a tre punte (The Three Cornered Hat) during the so-called Telefoni Bianchi cinema era. Her first big success came with the movie Mille lire al mese (1939). After many roles in a large number of comedies, she earned her success as dramatic actress in Piccolo mondo antico (1941), directed by Mario Soldati, for which she won a special Best Actress award at Venice Film Festival. During the Second World War, she starred in many movies including Stasera niente di nuovo (1942) (whose song "Ma l'amore no" became the leitmotif of the Italian forties) and the diptych Noi Vivi / Addio Kira! (1943) (based on Ayn Rand's novel We the Living). These latter two movies were nearly censored by the Italian government under Benito Mussolini, but they were finally permitted because the novel upon which they were based was anti-Soviet. The films were successful, and the public easily realized that they were as much against Fascism as Communism. After several weeks, however, the films were pulled from theaters as the German and Italian governments, which abhorred communism, found out the story also carried an anti-fascist message.

By her early 20s already widely regarded as the "most beautiful woman in the World," Valli had a career in English-language films through David Selznick, who signed her to a contract, thinking that he had found a second Ingrid Bergman. In Hollywood, she performed in several movies: she was the murder suspect Maddalena Paradine in Alfred Hitchcock's The Paradine Case (1947), and the mysterious Czech refugee wanted by the Soviets in post-war Vienna in Carol Reed's The Third Man (1949). But her foreign experience was not a great success, owing to the financial problems of Selznick's production company.

She returned to Europe in the early 1950s, and starred in many French and Italian films. In 1954, she had great success in the melodrama Senso, directed by Luchino Visconti. In that film, set in mid-19th century Venice during the Risorgimento, she played a Venetian countess torn between nationalistic feelings and an adulterous love for an officer (played by Farley Granger) of the occupying Austrian forces.

In 1956, Valli decided to stop making movies, concentrating instead on the stage. She was in charge of a company that produced Broadway plays in Italy.

In 1959, she appeared in Georges Franju's horror masterpiece Les Yeux sans visage (Eyes Without a Face). From the 1960s, she worked in several pictures with famous directors, such as Pier Paolo Pasolini's Edipo re (Oedipus Rex), 1967; Bernardo Bertolucci's La strategia del ragno, 1972; Novecento, 1976, and Dario Argento's Suspiria, 1977. Her final movie role was in Semana Santa (2002), with Mira Sorvino. In Italy, she was also well known for her stage appearances in such plays as Ibsen's Rosmersholm; Pirandello's Henry IV; John Osborne's Epitaph for George Dillon; and Arthur Miller's A View from the Bridge. At the 54th Venice International Film Festival in 1997 Alida Valli obtained the Golden Lion award for her career.

When Valli came to the United States, she was billed by only her last name "to make her sound even more exotic." In 1951, she complained that she disliked the single-name reference. "I feel silly going around with only one name," she said. "People get me mixed up with Rudy Vallée."

Her teenage love, Carlo Cugnasca, was a famous Italian aerobatic pilot. He served as a fighter pilot with the Regia Aeronautica and was killed during a mission over British-held Tobruk on 14 April 1941.

Valli married Oscar de Mejo in 1943 and filed for divorce from him in 1949, but they reconciled. She had two sons with him.

Valli's death at her home on 22 April 2006 was announced by the office of the mayor of Rome, Walter Veltroni, whose statement read, "The Italian cinema has lost one of its most intense and striking faces". Another official statement by the Italian President Carlo Azeglio Ciampi read, "La scomparsa di Alida Valli è una grave perdita per il cinema, il teatro e la cultura italiana" ("The death of Alida Valli is a great loss for the cinema, the theatre and Italian culture").

The critic David Shipman wrote in his book The Great Movie Stars: The International Years, that on the basis of her best known films before 1950, she might seem to be "one of Hollywood's least successful continental imports", but a viewer of "any two or three of the films she has made since then ... will probably regard her as one of the half-dozen best actresses in the world". The French critic Frédéric Mitterrand wrote: "[C]ette actrice fut la seule en Europe à égaler Marlène Dietrich ou Garbo" (This was the only actress in Europe to equal Marlene Dietrich or Greta Garbo).

Lux Radio Theatre broadcast "The Paradine Case" in a radio adaptation of the film on 9 May 1949, starring Joseph Cotten, with Alida Valli and Louis Jourdan reprising their role 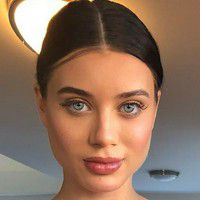