Alice Duer Miller (July 28, 1874 – August 22, 1942) was an American writer whose poetry actively influenced political opinion. Her feminist verses impacted on the suffrage issue, while her verse-play The White Cliffs encouraged US entry into World War II. She also wrote novels and screenplays.

Alice Duer was born in New York City on July 28, 1874 into a wealthy family. She was the daughter of James Gore King Duer and Elizabeth Wilson Meads, the daughter of Orlando Meads of Albany, New York. Her great grandfather was William Alexander Duer, who was the president of Columbia College, 1829–1842. Her great great grandfather, was William Duer, an American lawyer, developer, and speculator from New York City. He had served in the Continental Congress and the convention that framed the New York Constitution. In 1778, he signed the United States Articles of Confederation. Her great great great grandfather was William Alexander, who claimed the disputed title of Earl of Stirling, and was an American Major-General during the American Revolutionary War.

She was also a descendant of Senator Rufus King, who was an American lawyer, politician, and diplomat. He was a delegate for Massachusetts to the Continental Congress. He also attended the Constitutional Convention and was one of the signers of the United States Constitution on September 17, 1787, in Philadelphia, Pennsylvania. He represented New York in the United States Senate, served as Minister to Great Britain, and was the Federalist candidate for both Vice President (1804, 1808) and President of the United States (1816).

At the time of her entrance into society, her family lost most of its fortune. She entered Barnard College in 1895 studying mathematics and astronomy. She helped to pay for her studies by selling novels and short essays. She and her sister, Caroline, jointly published a book of poems. Alice graduated in June 1899.

On October 5, 1899, she married Henry Wise Miller at Grace Church Chapel in New York City. He was born in 1877, the son of Lt. Commander Jacob Miller, in Nice, France, where his father had been serving with the U.S. Navy. He was an 1892 graduate of Harvard University. Illustration for one of Miller's suffragist poems, as published in Puck in 1915, showing women's suffrage moving east from the states in the west that had first adopted it.

They left for Costa Rica, where he attempted to develop rubber cultivation. This venture eventually failed and, in 1903, she, Miller and their young son returned to New York. She became known as a campaigner for women's suffrage and published a brilliant series of satirical poems in the New York Tribune. These were published subsequently as Are Women People?. These words became a catchphrase of the suffrage movement. She followed this collection with Women Are People! (1917).

As a novelist, she scored her first real success with Come Out of the Kitchen in 1916. The story was made into a play and later the 1948 film Spring in Park Lane. She followed it with a series of other short novels, many of which were staged and (increasingly) made into films. At about the same time, her husband began to make money on the Exchange and their money problems were over.

Her marriage endured to the end of her life, but was not entirely tranquil. Her novel in verse Forsaking All Others (1933) about a tragic love affair, which many consider her greatest work, reflects this, though it is certainly not autobiographical. In the 1920s and 1930s, many of her stories were used for motion pictures, such as Are Parents People? (1925), Roberta (1935), and Irene (1940), taking her to Hollywood. She also became involved in a number of motion picture screenplays, including Wife vs. Secretary (1936). Her name appears in the very first issue of The New Yorker as an "advisory editor".

In 1940, she wrote the verse novel The White Cliffs, about an American girl who coming to London as a tourist, meets and marries a young upper-class Englishman in the period just before the First World War. The War begins and he goes to the front. He is killed just before the end of the War, leaving her with a young son. Her son is the heir to the family estate. Despite the pull of her own country and the impoverished condition of the estate, she decides to stay and live the traditional life of a member of the English upper class. The story concludes as The Second World War commences and she worries that her son, like his father, will be killed fighting for the country he loves. The poem ends with the lines:

...I am American bred
I have seen much to hate here – much to forgive,
But in a world in which England is finished and dead,
I do not wish to live.

The poem was spectacularly successful on both sides of the Atlantic, selling eventually approaching a million copies – an unheard of number for a book of verse. It was broadcast and recorded by British-American actress Lynn Fontanne (with a symphonic accompaniment), and the story was made into the 1944 film The White Cliffs of Dover, starring Irene Dunne. Like her earlier suffrage poems, it had a significant effect on American public opinion and it was one of the influences leading the United States to enter the War. Sir Walter Layton, who held positions in the Ministries of Supply and Munitions during the Second World War, even brought it to the attention of then-Prime Minister Winston Churchill.

Alice Duer Miller died in 1942, and was interred at Evergreen Cemetery in Morristown, New Jersey.

The main works of Alice Duer Miller are as listed below. (e-book) marks the books that are freely available from Project Gutenberg in electronic format. Links to other works on the net are also shown :

Advertisement for production of Miller's Charm School, Plymouth Theatre, 1920
The contents of this page are sourced from Wikipedia article. The contents are available under the CC BY-SA 4.0 license.
comments so far.
Comments
From our partners
Sponsored 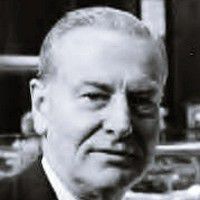