Alice May Brock (born 1941) is an American artist, occasional author and former restaurateur. A resident of Massachusetts for her entire adult life, Brock owned and operated three restaurants in the Berkshires—The Back Room, Take-Out Alice and Alice's at Avaloch—in succession between 1965 and 1979. The first of these served as the inspiration for Arlo Guthrie's song "Alice's Restaurant", which in turn inspired a 1969 film of the same name.

Brock lived with her husband at this church from 1964 to 1971. Arlo Guthrie later purchased it.

Brock was born in Brooklyn, New York City, to a Jewish mother and a Gentile father. Her family was relatively well-to-do and often spent summers in Provincetown, Massachusetts. After a stint in reform school, she attended Sarah Lawrence College and described herself as politically active as early as her teen years.

After graduating college, Brock relocated to Massachusetts and began working at the Stockbridge School as a librarian. She married Ray Brock, a woodworker, shop teacher and real estate flipper from Virginia, who was working at the same school; together, with a loan from her mother, they purchased a deconsecrated church in Great Barrington, which the couple converted into a residence for themselves and a gathering place for friends and like-minded bohemians. She would later describe the choice of a church for the group as a form of sacrilege, using a symbol of tradition and established religion to further her counterculture values.

One of the Brocks' students at the Stockbridge School had been Arlo Guthrie, at the time an aspiring forester, himself a half-Jewish transplanted New Yorker, and the son of then-ailing folk icon Woody Guthrie. When Arlo Guthrie left Rocky Mountain College in Montana for Thanksgiving break in November 1965, he stayed at the Brocks' residence for their annual Thanksgiving dinner. As a favor to the couple, Guthrie and his friend agreed to dispose of the large amount of refuse that had accumulated in the church, forgetting that Thanksgiving is a national holiday, and not realizing the local dump was closed. Guthrie and his friend dumped the waste over a cliff on private property. When Stockbridge chief of police William "Obie" Obanhein was made aware of the illegal dumping, he arrested Guthrie and his friend, and held them in the town jail. It was Alice who bailed them out; her fury at the incident nearly prompted Obanhein to arrest her as well. In the end, Guthrie and his friends were levied a small fine and picked up the garbage that weekend. The location of Brock's first restaurant

Brock was persuaded to open a restaurant by her mother, who saw the purchase as an opportunity for her daughter to become financially independent. Alice purchased an empty business space in the back of a row of stores on US 7 in Stockbridge and converted it into The Back Room in 1965, shortly before the Guthrie visit. There is some dispute over exactly when the Back Room opened; Brock would claim in 2008 that it was not until after the littering incident, but Guthrie's song about it implies the restaurant was already open by that time. At a jam session Guthrie had with the Brocks during his visit, he, Ray and Alice began formulating the basis for what would become the first half of "Alice's Restaurant". (The second half of the song would come later.)

Brock would reflect on this restaurant's opening as the start of strained relations between her and her husband. According to her, because she was now living her life as an independent woman and needed her own transportation to work the restaurant, Ray no longer had financial control over her (prior to this he had only allotted her a small allowance), increasing tension between the two. Contrary to an implication made in the film about The Back Room, Alice says that she was faithful to Ray throughout the marriage and was not promiscuous; she did not sleep, for example, with Guthrie. (Guthrie also asserts that Alice was faithful to Ray in the final chorus of the song, noting a customer could "get anything you want(…) excepting Alice" at the restaurant.) Brock closed the restaurant in April 1966 and moved to the Boston area with friends. She would return to Great Barrington and reconcile with Ray shortly thereafter, complete with a large hippie wedding that was written into the film, but the two would divorce permanently in 1968. Ray returned to his home state of Virginia and died of a heart attack in 1979; Alice had no children with him, nor did she ever remarry.

Brock agreed to take part in production of the film Alice's Restaurant, including taking part in promotions and making a handful of cameo appearances in the film itself. (Pat Quinn would play the role of Alice in the film.) Brock was furious at the way the film was handled; she earned almost nothing from her promotional work and learned that Arthur Penn, the director and co-writer of the film, had inserted a number of falsehoods into the story that reflected very poorly on her, and on top of this, the surprise success of the song and the film had made her an unwilling celebrity. To compensate her for her troubles, a producer arranged for her to write a cookbook based on her work at the restaurant. The Alice's Restaurant Cookbook was published in 1969; she would later admit that she and her mother invented many of the recipes out of their heads and had not tested them at the restaurant, or anywhere. It nonetheless earned a certain degree of acclaim.

The proceeds from the film and book sales (which netted $12,000 for her), coupled with her decision to sell the church in 1971, freed up Brock's financial situation enough that she bought a former liquor store on Route 183 in Housatonic and converted it into Take-Out Alice, a walk-up food stand that, according to her, operated on the principle of serving "slow food, cooked fast". Take-Out Alice was considered to be Brock's best and most well-received food service operation. After battling with town officials, in 1973 she was able to install seats in the facility, which she then renamed Alice's Restaurant in an effort to capitalize on her fame.

As the popularity of the restaurant outgrew its location, Brock expanded into a much larger operation and bought an estate in Lenox, which she converted into her third and final restaurant, Alice's at Avaloch, in 1976. In contrast to her smaller, more intimate operations at the previous two restaurants, Alice's at Avaloch boasted a disco floor, swimming pool and a performance venue in addition to greatly increased seating. The location proved to be a major headache for Brock, as its infrastructure was not well-suited to an operation as large as the one she was running, at one point a severe snowstorm hit in the middle of spring, and she again ran afoul of local town officials. She closed the restaurant in 1979.

Brock never intended to pursue a career in the restaurant business and always expressed more interest in art. After the closure of Alice's at Avaloch, she relocated to Provincetown, where she purchased a Cape Cod on Cape Cod and set up an art studio. She spent most of the 1980s as a prep cook for various restaurants in Provincetown before leaving full-time work in part because of a diagnosis of emphysema in the 1990s. In 2014, Brock made a one-time appearance at the Dream Away Lodge in Becket, Massachusetts, where she and other chefs inspired by her prepared some of her old recipes.

In addition to the Cookbook, Brock has also authored two other books: her 1976 autobiography, My Life as a Restaurant; and a children's book, How to Massage Your Cat. She also illustrated another children's book, Mooses Come Walking, written by Arlo Guthrie.

Brock initially bristled at the fame that the song and film had brought upon her but later came to appreciate her role as an icon of the 1960s. 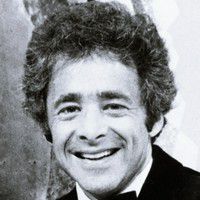 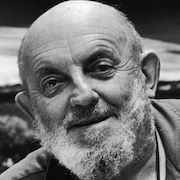 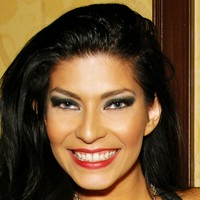